The festival aims to overcome some of the anxiety surrounding migration in Europe following a refugee crisis in 2015. 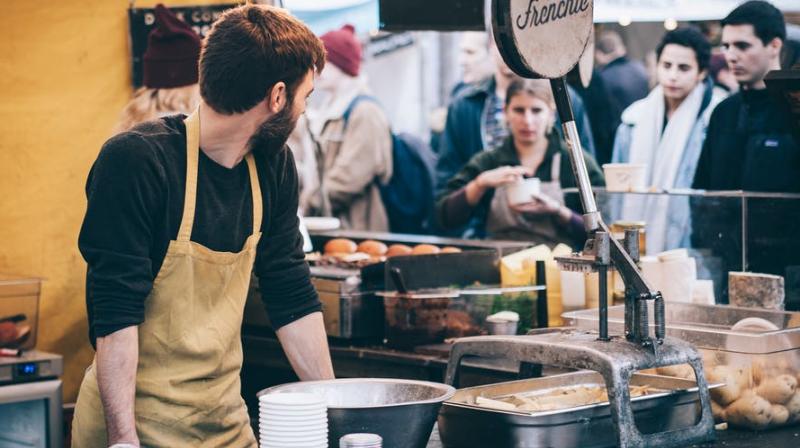 BRUSSELS: In the bustling kitchen of the upscale Le Mess restaurant in Brussels, Majid Akbari crushes simmering tomatoes in steaming pots for a dish of bass fillet with saffron, pistachio and currant spiced rice.

As the sauce cooks, he inspects his dessert, making sure the cardamom tea, rose water rice puddings and orange cakes are well plated before being served to customers. The Iranian refugee of Afghan descent was among a group of refugees who became chefs for a few days this week at restaurants in Brussels as part of an international festival seeking to bring people together at the dinner table.

The Refugee Food Festival allows refugees to cook their native food at restaurants and give locals the chance to try new dishes, aiming to overcome some of the anxiety surrounding migration in Europe following a refugee crisis in 2015.

“The first day wasn’t easy but today, things are much better,” Akbari, who cooked at home but was not a professional chef, said. “I am...happy about this new experience, these new friends, and this new discovery of food. It’s a huge opportunity for me.”

The festival, which began two years ago in Paris, has become a global event, run by the United Nations Refugee Agency and the NGO Food Sweet Food, with restaurants in cities including New York, Cape Town and Amsterdam welcoming refugees into their kitchens. “The central idea of the Refugee Food Festival is the concept of commensality - sharing food and eating food,” organiser Raphael Beaumont said.

Customers have responded enthusiastically to the initiative. Le Mess owner Marie-Pascale Van Hamme noted how the majority of clients who had not come to eat Akbari’s food ended up ordering his dishes. Others said they had come on purpose to taste the three-course Iranian menu. “Given the complicated times we are currently living in because of migration, initiatives like these give us humanity and keep us close,” said customer Barbara Verjans while savouring Akbari’s dessert.

The festival has served as a launch pad for some. A Syrian refugee earned a spot as a cocktail specialist at Belgium’s Pukkelpop music festival, where the likes of Rihanna and the Foo Fighters have performed, thanks to his work at the Refugee Food Festival. For the next Belgian editions of the festival, organisers hope to expand the programme to other cities in the country.