Belgian brewery to be revived after 200 years 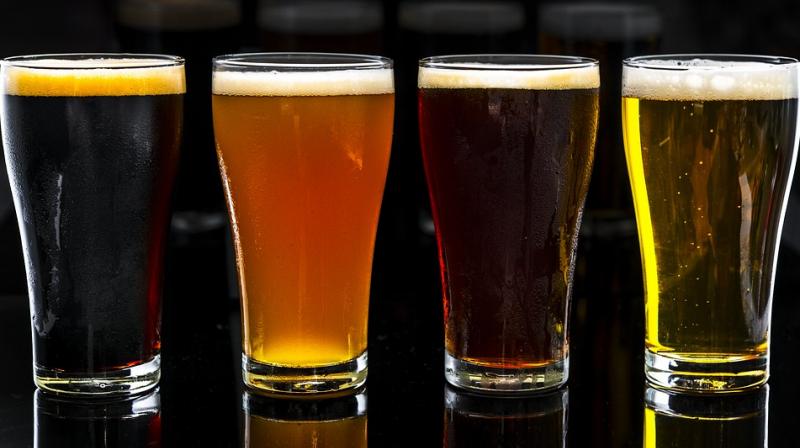 The tradition of beer making that had dated back to the 13th century will be revived with plans to build a new brewery at the monastic complex in Grimbergen, a town north of Brussels. (Photo: Representational/Pixabay)

Grimbergen: Belgian monks at the Grimbergen abbey are on the verge of brewing beer again after a break of more than 200 years.

The abbey, whose emblem is a phoenix with the Latin motto “Ardet nec consumitur”, meaning “Burned but not destroyed”, was ransacked and had its brewery smashed in 1795 by French troops. But a tradition of beer making that had dated back to the 13th century will be revived with plans to build a new brewery at the monastic complex in Grimbergen, a town north of Brussels.

It expects to produce its first ales in late 2020. “For us, it’s important to look to the heritage, to the tradition of the fathers for brewing beer because it was always here,” Father Karel Stautemas told Reuters on Tuesday, a day after the local council approved the brewery plan.

“Brewing and religious life always came together,” said Karel, one of 11 Norbertine canons living in the abbey. After a course at the Scandinavian School of Brewing in Copenhagen begun this year, he will become one of five to six workers in the new brewery.

Marc-Antoine Sochon, an expert at Carlsberg who will be the project’s brewmaster, said the 10,000 hectolitre-per-year facility aimed to make limited edition versions of beer already brewed on a commercial scale under the Grimbergen name.

“We will keep the same yeast, which will bring all the fruitiness and spiciness and we will start to dig into more innovations, such as barrel-ageing, dry-hopping,” Sochon said, adding special edition batches could be just 60 hectolitres.

The abbey, founded in 1128, has been tied to commercial brewers since the 1950s when local brewer Maes asked the monks to use the Grimbergen name and emblem on its “abbey beer”.

About 1.5 million hectolitres of that brand are now produced globally, with Heineken unit Alken-Maes making and selling it in Belgium, while Carlsberg brews it largely in France for other markets. The abbey earns royalties.

The project, which Carlsberg will finance, aims to focus on using locally produced crops. The abbey has planted hops in its garden. There will also be a visitors’ centre.

Grimbergen’s monks will follow the rules of Belgium’s Trappist beer makers, even if they are not a Trappist order, requiring them to brew within the abbey walls, control the brewing and steer profits towards maintaining the abbey and supporting charitable causes.