Decoding food combining: Is it effective?

As the new diet trend gains popularity, it’s important to look at the science behind it. 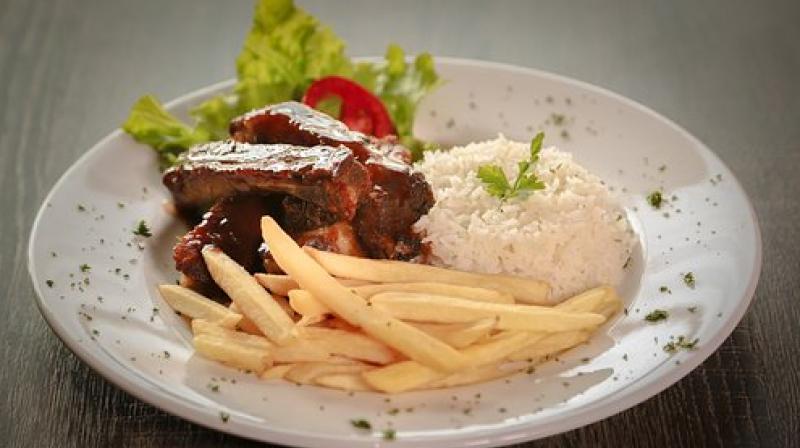 Combining starch with protein is not ideal, according to food combiners. (Photo: Representational/Pixabay)

In the marathon of getting every possible nutrient for your body, you combine food items so that you can get the most of it all at one go. A trending practice, food combining has resulted in so many experiments and new recipes. But is it effective?

What is food combining?

Followers of the trend believe that since different foods have different digestion patterns, they need to be grouped in certain ways before they’re eaten. An important thing to note is that this is different from the food combining referred to in Ayurveda, the traditional Indian medicine system. Food combining has benefits like better skin, better digestion, and weight loss among others.

They have certain rules, for instance, eating fruit before and not after a meal. Also, they don’t combine protein and starches in the same meal. Your digestive system tends to work at a slower rate because it doesn’t get the ideal environment to function.

How effective is food combining?

“The rationales employed to advocate for food combining reflect a profound misunderstanding of the basic biochemistry and physiology of human digestion, and are poor pseudo-science at best. They are also grounded in a gross underestimation of our digestive system's ability to multi-task,” said dietitian Tamara Duker Freuman, who is based in New York.

As far as weight loss is concerned, there are not many scientific backups, according to Purewow. Two groups of obesity patients were studied in a research published in the International Journal of Obesity. One group of patients ate a traditional diet, while the other followed food combining. There was no difference in weight loss amounts after six weeks, the researchers found.

Before making radical changes to your diet, it’s important to understand that everyone has different bodies. So, consult your dietician or doctor before following diet trends.