You can get away with a chiding from elders for wasting food at home but not at hotels which levy penalty for leaving half-eaten plates. 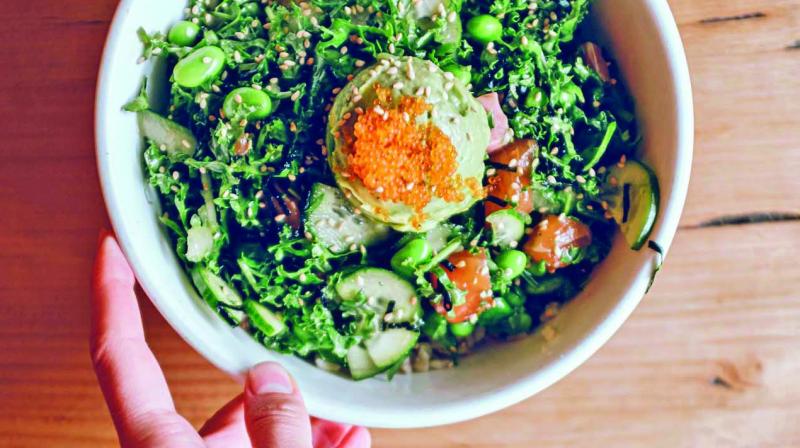 Food wastage is an alarming issue in the country. The city of Chennai is no different from the rest of India. Its streets, garbage bins and landfills stand silent testimony. Some feel that restaurants should keep wastage in mind while deciding on serving portions, while others are of the opinion that customers should be fined for wasting food.

You’ve heard your gran say it at the dinner table: waste nought. Over one-third of all food produced globally goes waste, and if food waste were a country it would be the third largest emitter of greenhouse gases. Twenty-five per cent of the world’s water supply is used to grow food that is never eaten.

One luxury resort situated in the hills of Coorg, Karnataka has paid heed to that suppertime sermon. At The Ibnii Spa Resort food wasted by guests is weighed and billed to the atithi at the rate of `100 per 10 gm.

There has been a drastic decrease in the quantity of food waste since the initiative was taken up. We know that from the number of waste bins: it has come down from 14 to 1.

Food wastage is an alarming issue in the country. The city of Chennai is no different from the rest of India. Its streets, garbage bins and landfills stand silent testimony. Some feel that restaurants should keep wastage in mind while deciding on serving portions, while others are of the opinion that customers should be fined for wasting food.

Uday Dhanda of Asvah 24 says “The initiative to impose fines on consumers who waste food that they ordered may sound novel in India, but globally, countries like Germany, the UK, and some other developed nations have tried it and succeeded in reducing food wastage.”

He feels that it is a good initiative and that restaurants in Chennai should be part of efforts to reduce food wastage. However, he cautions that “When we insist thatwasted food has to be paid for, we should make sure that food wastage is reduced in the long run”, adding that, “if this does not happen, the initiative is of no use.” He also feels that “we have to be very mindful, both when serving and ordering food, and think about the millions around us who struggle to have at least one meal a day.”

Ibnii’s CSR adviser Shreya Krishnan told Deccan Chronicle that the resort’s composting units used to be overworked with 14 large bins collecting food waste daily. So it was decided to decrease the portions. The guests were told they could place any number of orders. But the wastage went on.

That when it was decided to charge guests for the food they have not eaten. The process is simple: at the end of every meal ordered by a guest, whatever is left over is weighed on a scale in front of them. At the end of the stay, the guests are told at checkout how much they wasted. They have to cough up `100 per every 10 gm. The payout is dropped straight into a donation box.

According to K. Nidhin Bharath, food enthusiast and owner of a Belgium Waffles franchise in Ambattur, people in the city have to develop the civic sense to accept that food wastage is a serious issue. “We have to develop a culture not to waste food”, he says. “In Indian restaurants, the sellers and the buyers tend to serve and consume more than what is needed. The quantity of food that we serveor the quantity of food that we order sometimes exceeds need and this leads to wastage. So, what the resortin Coorg did was asmart move”, he feels. However, he adds that ordinary restaurants and roadside shops will find it hard to implement such a rule, as customers won’t be willing to spend extra on wasted food. “We must consider food wastage a bad habit”, he says.

It’s been six months since the initiative was taken up and Ibnii’s initiative works. “We have seen a drastic decrease in the quantity of food waste. From fourteen waste bins every day, we now only need one.” added Shreya.

There has been no blowback from the guests too; they rather appreciate it. Hoteliers in Chennai also needs to take efforts to protect and preserve foodgrain for the benefit of the large number of poor in our society who are struggling to survive on a single meals a day.