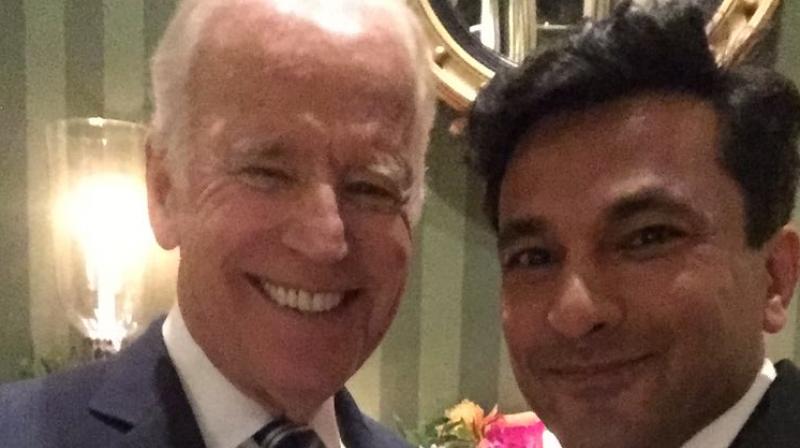 Washington: Indian cuisine has been enchanting foodies of the world for a while now, as Indian origin people in different countries have adopted food as a delicious way of spreading Indian culture wherever they go.

Celebrity Chef Vikas Khanna has not only become India’s culinary rockstar in the past few years, he has also taken the country’s cuisine to food enthusiasts in the US, as he also owns a popular Indian restaurant in New York City.

His rise as a global ambassador of Indian cuisine didn’t go unnoticed as outgoing American Vice-President Joe Biden appreciated his contribution for sharing India with American citizens through his contribution.

Its surreal when VP @JoeBiden hugs n says"Thank you for contributing so much to America. Thankyou for sharing India" pic.twitter.com/5e46fsj1na

The chef met Biden when he was at the White House for a dinner and shared an image of his encounter in a tweet, as he also presented a book called ‘Utsav: A Culinary Epic of Indian Festivals’ to the Vice-President.

Indian cuisine has been enchanting taste buds of people across the world with Biryani and Chicken Tikka Masala being highly popular worldwide.