Ranjona Banerji | What cooking teaches, how tastes are learned

I really learnt how to cook by experimentation. And by eating. To replicate tastes and memories 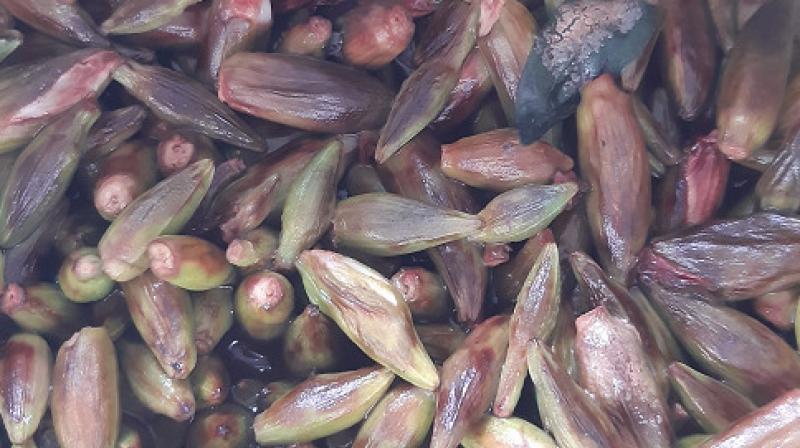 One asked me to look up the Internet for recipes, the other explained how to cook the kachnar.

The cooking revolution was perhaps one of the upsides of the pandemic. Entitled people who employed cooks suddenly found themselves staring at unprepossessing bunches of bottle gourd and cabbages and tried to imagine how to make them appetising. I shared with great enthusiasm some 10 “one-pot” recipes with family and friends until I ran out of steam and they ran out of ingredients.

Early in the lockdown of 2020, a friend started a recipe-sharing online group. It was brilliant. A bunch of similarly middle class but otherwise disparate people tried to make each other’s lives easier with tips and recipes and answers.

It was a very happy experience for a short while. And then as the group grew, it became a cesspit of gender, ethnic, caste, caste biases. (There would have been race if we had enough varied races in the group.) Anger and accusations, offence and defence, and suddenly we weren’t talking about how to best temper a daal but oh, in my high caste family we never eat X, Y and so on.

That something so beautiful in its conception and its early days could descend so quickly into fractious lines of othering and hatred is testament to the human ability to destroy anything worthwhile with our inherent stupidity.

That said, I learnt a lot in my first few weeks and top of the list is an onion chutney for idlis and dosas. With due apologies to our esteemed Union finance minister Nirmala Sitharaman and anyone else who doesn’t eat onions or care how much they cost. It is delicious so the loss is not mine.

My journey as a cook started somewhat before the online world governed our lives. Like many of my sort, I tried a little baking. At 10 I proudly made a hard as rock cake that wasn’t supposed to be a rock cake and watched in awe as a visiting family friend munched through it saying “delicious” after every long torturous chewing expedition. I haven’t forgotten his kindness and he still claims it was delicious!

This story is my Mother’s. When I was about 16, my grandparents were horrified that she hadn’t taught me how to make proper “Indian” food. Baking did not count in the marriage mart scheme of things. (This turned out to be correct. During one of my parents’ many short-lived disasters into the murky world of arranged marriages for me, one grandmother said all her grandson wanted from a bride was the ability to make fried brinjal wheels. The conversation did not go any further nor did the fancy cake I had baked.) My Mother told me that her honour was at stake and it was up to me to uphold it.

I cooked whatever I did. At the end of the meal, my Mother informed the grandparents of the reality. They blustered “but, but you never taught her”. My Mother, a teacher, had the last word: “I taught her how to gather knowledge.” No answer to that.

But I really learnt how to cook by experimentation. And by eating. To replicate tastes and memories. To try new things and ideas that were floating about in my head. And all that means stepping out of your comfort zone. For instance, when I was in my late teens all I wanted to eat at a Chinese restaurant was chilli chicken. I know, right. Even if “Indian Chinese” in the early 1980s was not as resplendent in choice as it is now, that was a pretty dumb choice to have set in stone.

I also experimented with vegetarianism in my early 20s. Until I got tempted by taste. O dear. Crabs at Kamling and chicken at Baghdadi. I got done in by Bombay, you might argue and that set me on my culinary journey. Underlying that of course is childhood. Bengalis have a terrible phrase inflicted on children and on us by our grandmother: “khete shekho”. Learn to eat.

Attached to this phrase were some pretty gruesome vegetables like chichinge or snake gourd and borboti or yardlong or asparagus beans. There is no taste connection between this bean and an asparagus, it has to be made clear. To this day, I cannot and will not eat these. Add to this cluster beans aka gawar ka phalli, which is not a Bengali staple but which I won’t eat anyway.

Conversely my Mother hated arbi or taro root or Colocasia corms. So we never ate that at home. I love it. My paternal grandfather hated pumpkin of all kinds so that was banned, but now we find we love it. What sense does it make? None at all. The Chinese ability to get over food taboos may be unpalatable for some, but shows a remarkable ability to adapt. There is no moral high ground in proclaiming that you are too superior to eat onions. It only means that your mind is consumed by taught rigidities.

Food taboos however are a topic of great sensitivity and resultant anger, so let’s not go there! To each her own. But I made two fabulous new finds recently: buds of the Bombax ceiba and Bauhinia flowers. In both cases, the vegetable vendors were pleasantly amazed that I wanted to buy these local delicacies, having stereotyped me as a ‘broccoli and salad patta” buyer. One asked me to look up the Internet for recipes, the other explained how to cook the kachnar. The look of his joy when I came back to buy more was delightful.

I realise I have left the door open for the great controversy of “veg biryani”. Maybe for another time?