The goal of the pop-up is to raise awareness about dementia ahead of World Alzheimer’s Day. 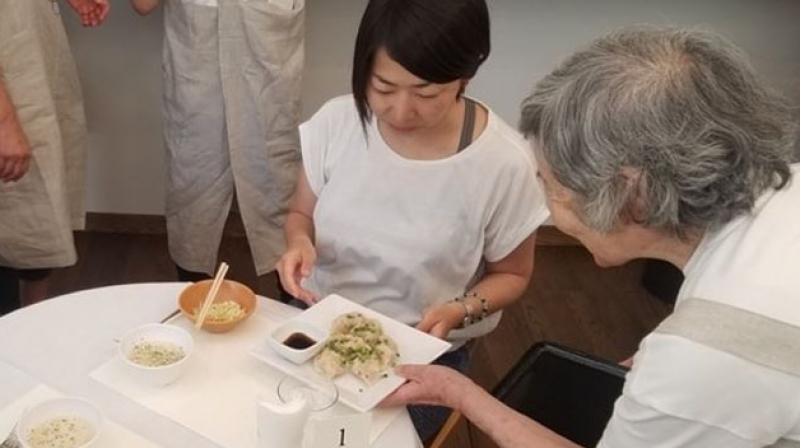 Japan is a global frontrunner in confronting dementia, the cost of which has been estimated at one percent of the world’s gross domestic product. (Photo: Facebook/ The Restaurant of Order Mistakes)

Diners have no complaints about the service at a pop-up restaurant in central Tokyo, where the 17 waiters and waitresses all suffer from dementia.

The goal of his project, scheduled to run Sep. 16-18, is to raise awareness about dementia ahead of World Alzheimer’s Day on Sept. 21, and allow the public to interact with those who have the condition in a safe environment in which the servers need not fear the consequences of any errors they might make.

“It was truly great that everyone believed that they would be able to do this job, as long as they had proper support in place,” Ogino said.

Makoto Ichikawa, a customer, said he enjoyed talking to a waitress who briefly forgot her role and sat down across from him to chat.

Professional cooks prepared the dishes for diners who were required to register in advance, at a venue in Roppongi’s Ark Hills complex. The organizers included a dementia nursing care home.

Following the success of a similar pop-up restaurant in June, Ogino turned to crowd-funding to back the event, which he hopes to hold annually.

Japan is a global frontrunner in confronting dementia, the cost of which has been estimated at one percent of the world’s gross domestic product.

Both public and private initiatives have sought to erase the stigma of the disorder that affects nearly 5 million Japanese citizens. One in five Japanese aged 65 or over, or some 7 million people, are forecast to have some degree of dementia by 2025.