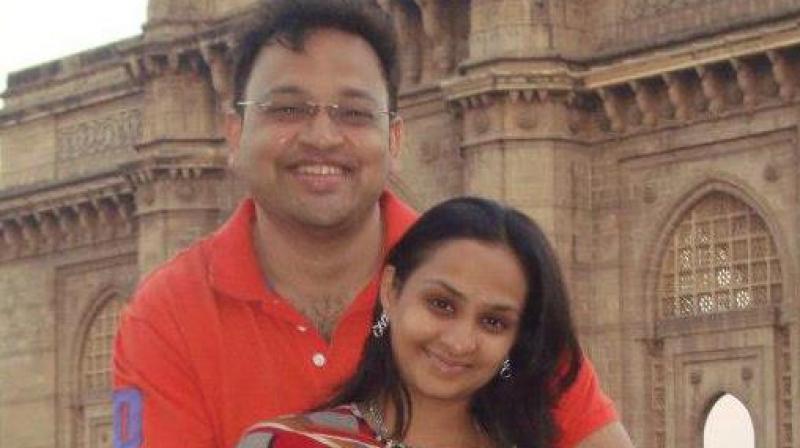 Mumbai: In a sudden move, a girl from Delhi has outclassed all others to get the most sought after bid to start the first ever floating restaurants and cruises next to two of Mumbai’s most iconic sites — the Gateway of India and Girgaum Chowpatty.

Shripriya Dalmia Thirani, who is an outsider in the food business, was allowed the development by the Mumbai Port Trust (MbPT) on Thursday.

The 37-year-old who has spent a lot of her childhood in the city has been passionate in chasing the cause to turn Mumbai’s coastline like those in Monte Carlo and Algrave.

Mumbai, which is home to some of the world’s best restaurants — over 500, has none one the Arabian Sea — till now!

Speaking about the phone call informing her of the decision exclusively to us, Shripriya says, “I honestly have no words to describe how I felt at that exact moment. I was surprised and extremely happy.” She adds, “There were so many stalwarts and hoteliers who were trying to get the coveted bid, I am grateful that the government has shown faith in me.”

“It is a bit daunting and I am a little worried, but mostly I am just excited about the entire prospect,” she further elaborates.

The MbPT tender says, “the floating restaurant is intended to be a signature project in Mumbai to match Mumbai’s stature as the financial capital of India and leisure destination. MbPT through this tender process is seeking a professionally competent licensee to deliver an international experience”.

Speaking about it this scion of the famous Dalmia clan said, “It has been a lifelong dream and passion for me to highlight the beautiful skyline that Mumbai boasts of. Indians will no more have to travel to foreign destinations for a cruise over the best food and wine. The sea is Mumbai’s soul but till now we didn’t have the chance to enjoy the views of Mumbai from it. We have always looked out into the sea rather than look into the sensational skyline from the sea. Not anymore.”

“This will be something ‘shaandaar’ for my country,” she adds with a laugh.

Elaborating further on the visions she has for the place Shripriya adds, “The cruise will be for everybody. It will cater to locals, Indians and foreign tourists alike. We aim at creating an affordable but quality conscious place. The flavours on offer will be created keeping in mind the Indian palate. And clients will be able to enjoy a delicious meal - local, fusion and international cuisine while getting a 360 degree view of Mumbai.”

“It will highlight the Indian flavours and culture to outsiders, and will also cater international flavours to Indians,” she adds. However, Shripriya feels it is too early to speak about how the cruise will look like but promises that it will be nothing short of spectacular.

Thirani who says that she plans to be operational by the end of the year or early in 2018 is at present travelling across the world, inspecting ships. Over the next few weeks, Ms Thirani will travel from Norway to Greece, Japan Singapore and Malaysia for sourcing the ships.

The MbPT has added the successful bidder will have to obtain a no objection certificate from the Indian Navy, Coast Guard and Mumbai Police for the purpose of operation of the restaurant ship.