It does not get more European without you actually being in Europe than a food market that mimics the street shopping culture of France. 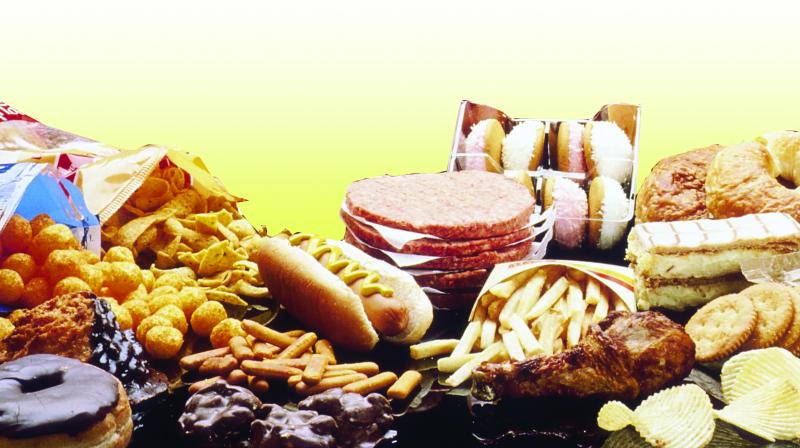 French food is regarded as one cuisine that demands intense labour. Most people feel that the french cuisine mostly comprises of crêpes, macarons and baguettes.

French food is regarded as one cuisine that demands intense labour. Most people feel that the french cuisine mostly comprises of crêpes, macarons and baguettes. But the reality of it all is that French food is as deep as the Atlantic Ocean.

Another misconception that exists regarding the food is that it can be best experienced in Paris, but, if truth be told, the essence of it lies in the towns and villages of France. With an aim to celebrate real French food, The Embassy of France  in Delhi held the French Food Market on its premises in the presence of executive pastry chef, Benoît Vidal. Organised by Business France India, the French Trade and Investment Commission, the dedicated gastronomy event brought over 20 French brands under one roof for 150 Indian importers. 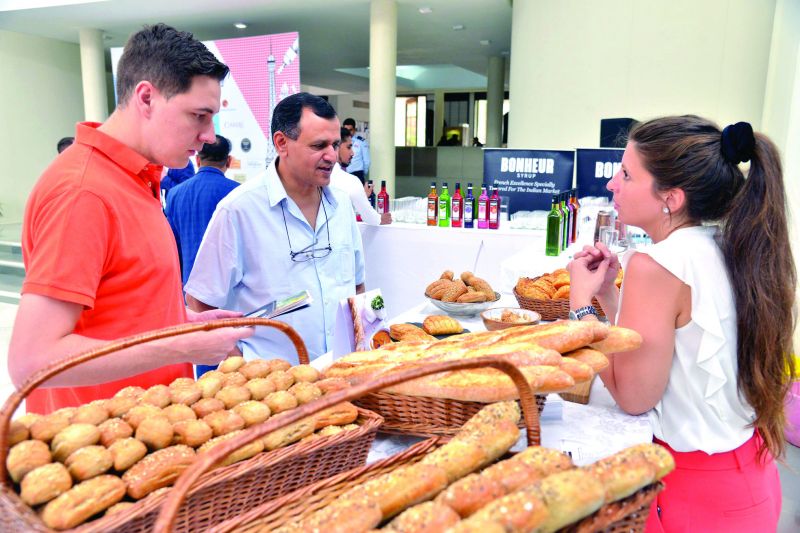 The exhibition displayed various food products like smoked aubergine with mint on sourdough, smoked salmon verrines, avocado mousse with dill and capers, assorted cheeses ,and the famous French wine. The exhibition was inaugurated by the French ambassador to India, Alexandre Ziegler. He says, “This year, we bring you the décor, food, and atmosphere of French markets. Markets are an essential part of the life of every French village and every French city; their roots are deeply entrenched in history but remain very much alive today in the age of online shopping and big shopping malls.”

During an interaction with one of the chefs, Benoît Vidal, he reveals that cooking runs in his family and he has faced challenges while pursuing a career in the culinary world. He explains, “The biggest challenge that I found in the industry was the requirement of time. Also, the skills needed are really tough and don’t give you time to have a personal life. So if you want to become a chef, you have to work really hard.”

Though French food culture and Indian cuisine are extremely different, yet they are very similar. He comments, “In France, every 10 kilometres you would find a speciality. I think in India it’s the same.” The aim of this market is to give the visitors a feel of food-shopping in France. On expressing his plans about how he wants to bring authentic France to India, he says, “When you take time to talk to the guests and introduce your product and speak with love and passion for your food and culture, everybody can enjoy it.”

A chef knows whether the customer liked his or her food without even interacting with the customer. To this, he elaborates, "The best compliment I can receive as a chef is that I am pleasing you with my food." Despite all the awards and accolades, he manages to stay down to earth. When asked about how he is humble, he says, "When you are a chef, your job is to serve and you cannot sell and introduce something if you are arrogant."

The statement, ‘There is immense competition in the culinary world’, is now a cliché. When asked about how he copes with the competition, he says, "I don't go for competition because having a title may be nice, but that doesn't mean you are a great chef. For me, a great chef is one who will understand the needs of his guests and please them."

Fusion is in when it comes to cooking and cuisine. On the subject of fusing cuisines together, he calls fusion as ‘nice’ and ‘not nice’. "It is nice if you do it well and if you respect the culture and the traditions of each cuisine. Don't do it for being funky. It may work for a period of time but it is not respectful to the culture", he opines.

On a concluding note, he advises, "Try to think out of the box. There is so much to see and explore that nobody has explored it using the solid base."