It is a plus that a lot of the meads created by Moonshine Meadery explore flavours that are sure to appeal to the Indian palate. 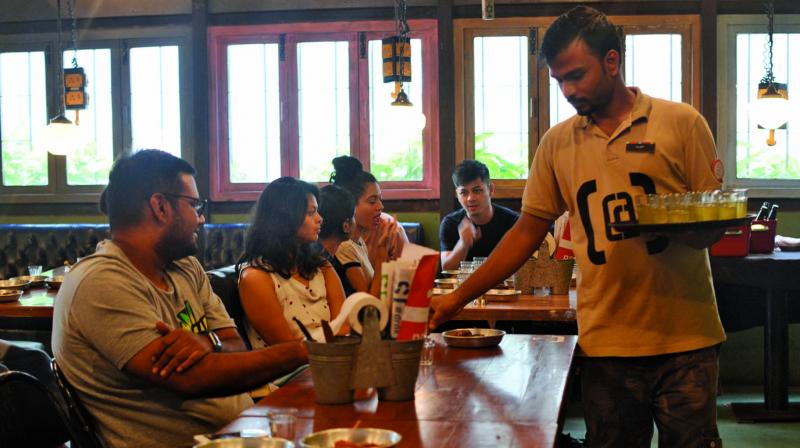 The graceful Greeks believed it was the drink of the Gods while the raucous Vikings supposedly dedicated entire buildings to it. The drink is as ancient as Norse mythology, yet as current as the Game of Thrones series. This heavenly concoction brewed using water, honey and yeast is mead. Though the alcoholic beverage is new to Indian markets, a recent mead tasting session at Khar Social enabled city dwellers to sample a range, all crafted by the country’s first and only licensed meadery - Moonshine Meadery.

As participants sat expectantly at tables, Nitin Vishwas, Founder of Moonshine Meadery shed light on this one-of-a-kind beverage, “It’s an alcoholic beverage made by fermenting honey. It comes from the word madh, which means honey in Sanskrit. It’s an easy beverage to drink, because it isn’t too sweet, but you will get very clear notes of honey coming to you at all times.” And clear notes of honey we did get as honey tasting made up the first part of the session. A honey dipper dripped five kinds of honey on aluminum plates – wildflower honey, sidr honey, ajwain honey, rosewood honey and a glorious smoked honey that tasted a lot like bacon. “Our mead is absolutely Indian in its roots. Raw materials like honey, apple and even the coffee are sourced from within the country, as well as are our manufacturers,” explains Nitin. 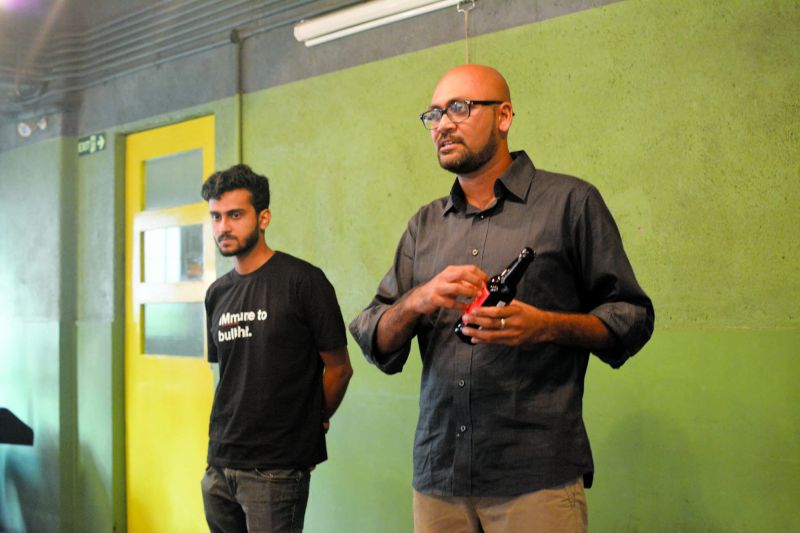 The journey of setting up a meadery in India wasn’t an easy one, and that’s because mead didn’t exist as a category until as late as 2017. “Though we started the company in January 2016, it took us a year to get the government to create ‘mead’ as a category in the excise books. Getting a license took another year and a half,” says Nitin. While the beverage is immensely popular in the U.S., mead has yet to make a mark or even an entry into Southeast Asian markets. “After our meadery created a buzz on social media, we got calls from vendors in Southeast Asian countries, because apparently, mead isn’t sold there either,” shares Nitin. Though Nitin, and co-founder Rohan Rehani have been selling their product for just six months, the duo is confident that mead will do well in Indian markets. “Indians like carbonated, slightly sweet beverages.

We did a lot of research and over 200 tasters before we launched the product. Plus, the Indian market is coming of age. We are where the U.S. was in the 90s. The mushrooming of local breweries brewing varieties of craft beer has exposed Indian consumers to newer tastes,” reveals Mead Man Nitin.

It is a plus that a lot of the meads created by Moonshine Meadery explore flavours that are sure to appeal to the Indian palate. During the tasting session, participants got to savour six different kinds of meads – the flagship apple cider mead and coffee mead, a traditional mead made with ajwain honey, a Bourbon oak apple mead, a kaffir lime and vanilla mead and the potent Bochet mead that has 12% alcohol and has a distinct nutty flavour. “Bochet mead is our most potent variety, the rest have about 6.5% alcohol,” says Nitin. Apart from these, the duo is constantly experimenting with flavours and has created offbeat varieties like guava chilli, kaala jamun, aam panna and even strawberry mead.

While the demand has been encouraging, forcing the duo to expand their Pune facility, Nitin isn’t unaware of the challenges ahead. “The biggest challenge is educating people about this category. Secondly, this myth that mead is sweet because it’s made from honey needs to be broken. Our meads are as sweet as a dry white wine,” he says. While the drink is already available in wine shops, select breweries and retails stores in Pune and Mumbai, and the duo regularly conducts tasting sessions to create awareness about the beverage, the two entrepreneurs are eager to expand their market and aim to target Goa next. “Plus, we are renovating our Pune facility as we want to open it to mead tours, where visitors can view the production process, indulge in tasting sessions and create their own meads,” concludes Nitin.