For the love of asian flavours

The finalist of MasterChef Australia series 9, which airs on Star World, says that she loves cooking Indian food at home too. 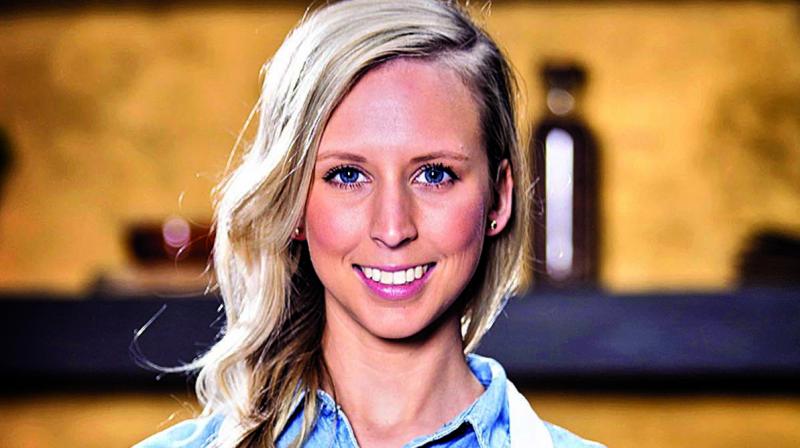 While Karlie Verkerk may have been vocal about her love for East Asian flavours, not many know about her affinity with Indian food. “Let me tell you a little secret,” the 26-year-old says. “My first job was as a waitress in an Indian restaurant when I was just 15, and I would sneak into the kitchen and taste all the food.”

The finalist of MasterChef Australia series 9, which airs on Star World, says that she loves cooking Indian food at home too. “I make a lot of curry and flatbread or naan, along with some yoghurt. I also enjoy making paani puris with dal and potatoes in them,” she smugly adds.

Prior to appearing on the wildly popular cooking reality show, Karlie worked as a copywriter. And that’s why she thinks she would make for a better food critic than chef.

“I studied to be a writer in University,” explains Karlie. “My background is in Journalism and Media and Communications. I even worked as a writer before I entered the competition. Unlike many of my peers, I always knew I didn’t want to be a chef. I don’t think I have what it needs to work full-time in a kitchen. It’s really hot and a lot of hard work. I just don’t think I have that kind of motivation. I write as my regular job, so I can make the transition to writing about food, and combine my two passions. I thought it would just be the perfect combination.”

What she is grateful for, however, is the guidance that the show’s judges George Calombaris, Gary Mehigan and Matt Preston bestowed upon all participants. “When I first entered the competition, I didn’t think they would be this nice. I thought they’d be stricter, but they were very nice. They’re not as strict as they come across on TV. They’re all very helpful to me, especially Matt. I really loved getting to know them on a personal level. You don’t get this opportunity unless you’re on the show. They all had amazing advice for us and were supportive of us, which was a very generous thing.”

Karlie’s love for Asian flavours can be attributed to her father’s work in China, which allowed her to travel to the countries in the Far East and experiment with her cooking. “It’s no surprise then that my most memorable moments on the show was cooking in Japan, in the tea plantations under Mount Fuji. In any other world, one wouldn’t get an opportunity to cook this way and in amazing places like Mount Fuji. I remember standing there while I was cooking and I could see the mountain behind me. It was the most picturesque setting,” she smiles.