The diet culture might have ruled for years, but it’s time to honour your body. 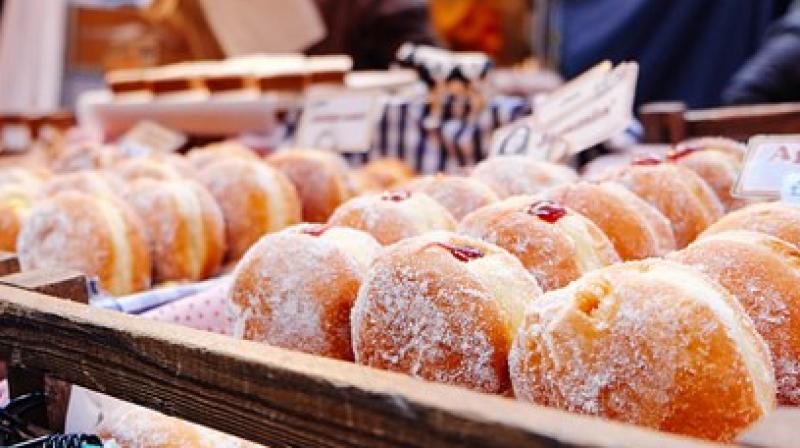 Healthy eating is what most of us have been taught since childhood. With the concept of clean eating turning into a fad and a lot of people focusing on detoxification, there are also certain other things that are cropping up. So while there are so many Instagram posts on kale and quinoa, there are slices of pepperoni pizza doing the rounds to maintain a sort of balance. And that’s alright, because every once in awhile, we all love to indulge.

Another trend that’s countering the clean eating phenomenon is the anti-diet movement. With several authors emphasising on how eating should be easy and relaxed, the movement seems to have gained tremendous popularity among nutritionists and influencers alike.

According to Vice, some of the most popular books are on the anti-diet movement are:

Just Eat It by Laura Thomas

Eat It Anyway by Eve Simmons and Laura Dennison

The No Need to Diet Book by Pixie Turner

The books argue that it’s essential to eat up, but not think so much before grabbing whatever it is that you are planning to eat. It especially targets chronic dieters who fall victim to concepts like ‘superfoods’ and ‘clean eating’.

“We can go back and talk about how intuitive eating was developed in the 90s by dieticians,” said Thomas, author of Just Eat It. The cover of the book feature features a tempting pink doughnut with sprinkles. Apparently, the anti-diet movement has figments of its origin dating back to the 1960s, when women were campaigning for body positivity.

“That’s where that specific set of tools originated, but if we go back even further to the 60s and 70s, the non-diet approach as we know it really has its roots there in the fat acceptance movement that was borne out of radical feminism in the Bay Area of California amongst queer, Black, radical fat women.”

The No Need to Diet Book by Pixie Turner, is another trendsetter. It touches on concepts like emotional eating, “health beyond nutrition”, and even orthorexia. To her, the book is more than pages about dietary tips; she believes it’s a radical act.

“I think when we’re surrounded by all this diet culture,” she said, “it is a radical thing to go against that and do something that involves centring your own experience – your internal cues, not external cues – and to actually enjoy food.”

The notion that women should look in a certain way, and should stay away from getting their hands on some delicious food stems from the still rampant problem of patriarchy. Somehow, it seems to have crept into some women too, who should be uplifting other women. Diet culture for the purpose of becoming “slim and trim” is just bad.

A few years ago, kale and all things green would have won wild following and likes on Instagram. But today, it’s #anti-diet that would probably trend more. Jokes on diet with photographs of cookies and chocolate cakes would rule, because people now would like to eat good stuff, and do so without guilt.

But before you fill your basket with all sorts of cookies, it’s essential to know that non-diet eating doesn’t mean you’ll eat anything and everything. It’s more about figuring out everything about your food by going for intuitive eating, i.e. eating without many rules.

To conclude, diet can’t be just all black and white. It has aspects to it, and they must be honoured. But restricting yourself from grabbing a piece of KitKat you’ve wanted to eat for a long time is just torture. Kale, quinoa and oats are not really superfoods. There has to be a balance, and it comes from listening to your body.