The process is quicker and cheaper than many of the existing methods, researchers said. 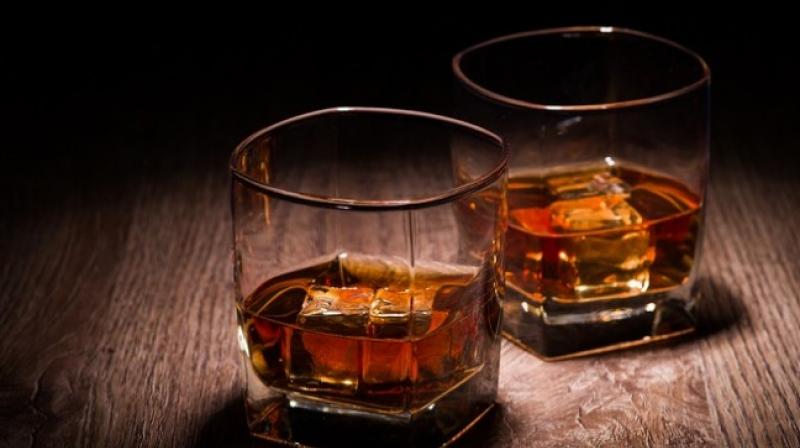 Current techniques use mass spectroscopy to identify the chemical composition of a whisky (Photo: AFP)

Berlin: Scientists have developed an 'artificial tongue' which can help novice drinkers determine the difference between a Scottish malt whisky and an Irish blend.

The synthetic tongue can pick out different qualities in whiskies, such as their brand, age and country of origin using fluorescent dyes. The process is quicker and cheaper than many of the existing methods, researchers said.

"We can use this to detect fake whiskies. If you buy a crate of expensive whiskies, you can test if they are actually what you think they are," said Uwe Bunz at Heidelberg University in Germany.

Current techniques use mass spectroscopy to identify the chemical composition of a whisky. However, the new synthetic tongue uses a combination of 22 different fluorescent dyes.

When mixed with a whisky, the brightness of each dye subtly changes, revealing a specific flavour profile for that drink.

Testing the dyes on 33 different whiskies, researchers found that their approach could accurately tell them apart, 'New Scientist' reported.

Distillations from Scotland looked different to those from Ireland or the US, and blended whiskies had a different fingerprint to single malts.

The dyes also distinguished between whiskies that had been aged for different lengths of time.

By building up an overall flavour profile in much the same way as our tongues do, the approach is good at telling if two bottles of whisky are the same.