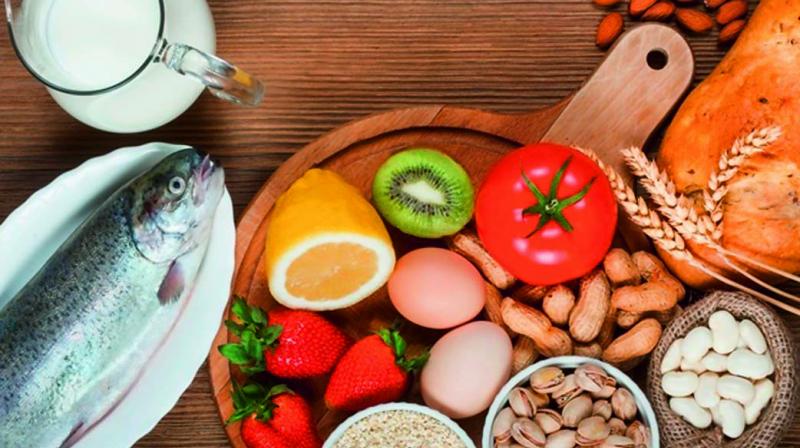 Everybody reacts differently to various types of foods and ingredients.

What is food allergy? We enquire on the subject with Dr J Anish Anand, Consultant Internal Medicine, Apollo Hospitals.

“Food allergy is the result of the immune system overreacting to a food or a substance in food, triggering a protective response from the body,” explains Dr Anish. “It is an immunological reaction suffered by some individuals resulting from the consumption of certain foods and it involves most of the times Immunoglobulin E (IgE) antibody, responsible for a wide range of anaphylactic reactions. Foods that induce excessive IgEsynthesis are called allergens.”
The doctor also informs that it was about 2,000 years ago, when Hyppocrates had recorded the first report of adverse reaction to foods such as milk. In India, the traditional systems of medicine describe many foods as causing ‘pitta vata’.

Everybody reacts differently to various types of foods and ingredients. However, some of the aspects playing a role in causing allergies include the following:
1.,Family history, asthma, eczema, hives or allergies such as hay fever
2. Asthma and food allergy commonly occur together
3.  Previous allergies to one type of food, which might increase the risk of one becoming allergic to another
4. Age: Food allergies are more common in children, especially toddlers and infants, although children also typically outgrow allergies to milk, soy, wheat and eggs.

l IgE-mediated food allergy: This is triggered by the immune system producing an antibody called immunoglobulin E (IgE). Symptoms could occur a few seconds or even minutes after eating. It comes with a  risk of anaphylaxis — a severe and life-threatening reaction.

1. Non-IgE-mediated food allergy: These allergies are not caused by immunoglobulin E but by other cells in the immune system. This type of allergy is often difficult to diagnose as symptoms take much longer to develop.

2. Mixed IgE and non-IgE-mediated food allergies: Some people may experience symptoms from both types.

Symptoms of food allergies range from mild discomfort to severe, life-threatening reactions, which require immediate medical intervention. Dr Anish even points out that the allergic reactions to food generally occur within a few minutes to one hour after eating the offending food, with symptoms lasting for days or even weeks. He also cautions that food allergy remains the principle safety concern especially for foods derived from recombinant-DNA.

“Genetically modified foods contain newly expressed proteins that may present a risk for the food-allergic individual. And even small amounts of the offending food can cause serious — and in some cases, even fatal reactions — in susceptible individuals,” adds Dr Anish.

“Fortunately, the outcome is not death in most cases but various symptoms affecting the skin, gastrointestinal tract, respiratory tract, eyes, and/or central nervous system.”

“It is very difficult to observe strict elimination especially in India where prepared food is a complex mixture,” the doctor adds. “Because of a lack of clinical data, doctors  recommend dietary restrictions.”

Several drugs have been used to protect patients with food allergy, such as HI 1–12 antihistamines, steroids and sodium chromoglyate.

“However, one needs to understand that these medications only have short-term effect or no measurable effect,” says the doctor. “The efficacy of immunotherapy in food allergy is still controversial and could occasionally produce severe systemic reactions.”

The best way to prevent an allergic reaction is to know and avoid foods that cause signs and symptoms. “Some foods — when used as ingredients in certain dishes — may be well-hidden. This is especially true in restaurants and in other social settings,” cautions Dr Anish.