The cuisine experts or ‘ustads’ put their signature grills on view amid the contemporary interiors of the old and new outlets of the cuisine. 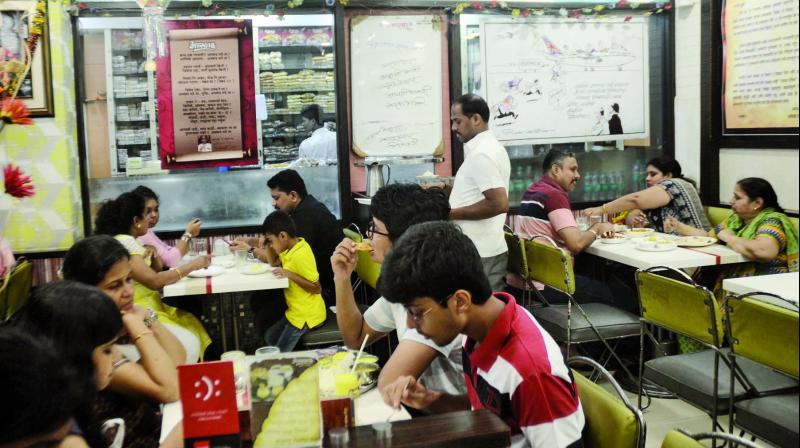 In celebrating its silver jubilee in Chennai, the iconic Copper Chimney has a cuisine enriched with delicacies of Punjab mixed with Kapur’s own touch.  J. K. Kapur, the father of CC, had the inherent passion for food that made him come up with a restaurant in the heart of Mumbai 45 years ago.  The history of Copper Chimney goes back to time of Partition when the Punjabi had to migrate to the eastern side of once undivided India. Since landing in India in 1947, the idea had been brewing in his mind but not until 25 years later did the cuisine get the shape in such a manner that tickles the taste buds of foodies.

The cuisine experts or ‘ustads’ put their signature grills on view amid the contemporary interiors of the old and new outlets of the cuisine, having the new one in Chennai-42. The new menu features recipes that make the cooking styles distinct i.e. the mostly slow-cooked dishes taking essence from northern India, from the undivided times of Peshawar and Delhi. A few of the delicacies are — Kadak Roomali, Delhi-style fried chicken, Reshmi Kabab, Chargrilled cheese mushrooms, Paneer Tikka, Tawa imli Aloo, Chelo kabab, Achari Chicken Tikka. And in desserts, Muzaffar, Gulab jamun cooked in an old secret style and presented in sophisticated fashion.

Shikha Nath, the culinary director of the group who has also been a part of the brand’s family since last 25 years, shares with DC a couple of signature dishes of the frontier influenced-cuisine.  Among the grills of the Copper Chimney, spices and time duration for marinades are important secrets of the cuisine and especially the temperature at which we cook, the food director emphasised.