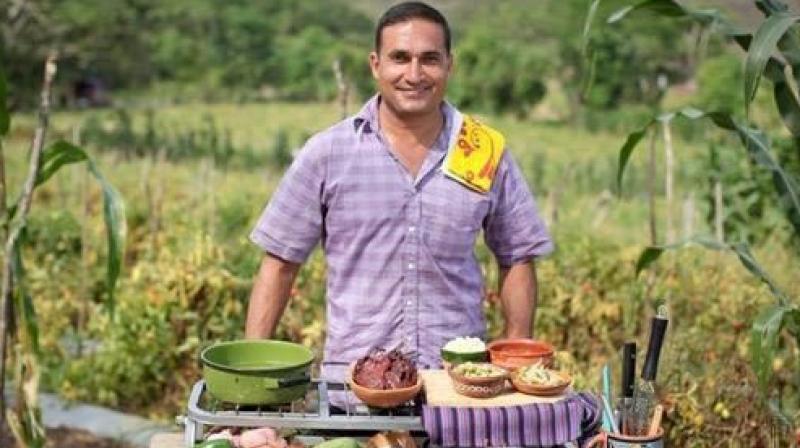 New Delhi: It took three decades and multiple visits across the length and breadth of India for celebrity chef Peter Kuruvita to conclude that it is impossible to define the 'Incredible and elaborate' Indian cuisine.

According to the Australia-based Sri Lankan chef, the food in India changes "every five steps around the country”, thanks to the distinct gastronomical cultures of different regions.

Kuruvita has been travelling to India since the 1980s, and during his most recent visit, he cooked some native Sri Lankan delicacies, particularly sea food, as part of “Table Stories”, a dining concept by FoodInk Expeditions and Roseate Hotels and Resorts.

Having made several trips to India in the past, it is no surprise that Kuruvita has a list of  favourite Indian treats. “Vada pav” and frankie from the streets of Mumbai top the charts.

A big fan of street food, the chef not just relishes the myriad flavours that the lanes of India have to offer, but also enjoys watching the local vendors deftly whip up one item after another, which he says is no less than a “spectacle”.

"There is just no definition for Indian cuisine." - Peter Kuruvita, Chef

"People would tell me that Sri Lankan food was just like Indian food, and I would ask what they thought Indian food was. They have no idea what Indian cuisine actually is. It is not just 'butter chicken' or 'rogan josh',the street food is so damn good." he added.

Between the two restaurants that he owns in Australia and the Fiji Islands, he serves an array of sea-food delicacies like smoked ocean trout, prawns in black pepper and curry leaf sauce,  seared tuna with sweet crackling pork,  poached prawn with pineapple, coconut and coriander,  roast scallops with spiced pickled cabbage and more.

He also has several vegetarian specialties like cashew nut curry, crispy eggplant, that come with a range of salads inspired by Asian flavours like a vegetable salad prepared in Thai sauce 'nam jim', and Bengali salad.

Cooking professionally since the age of 15, Kuruvita owes his career to his grandmother, who first kindled his interest in the culinary arts, and whose recipes he still holds on to.

It is perhaps, this fondness for tradition why he treads so cautiously on the path of experimentation, as far as recipes are concerned.

Notwithstanding his praise for the new crop of chefs who are “pushing the boundaries” in the gastronomical space, he says that it should be ensured that the innovation does not come at the cost of “tradition, roots, tastes and flavour”.