When junk food gets healthy

With a study claiming a desi samosa to be healthier than a burger, nutritionists chart out healthy homegrown options for junk food lovers. 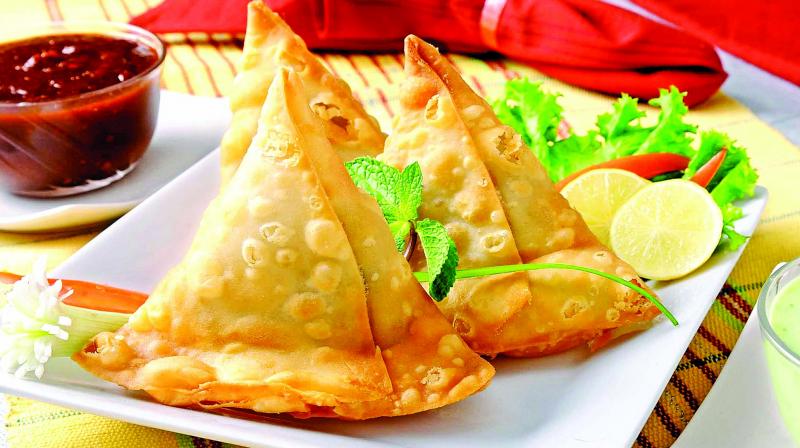 A recent study claims samosa is a healthier option than burger.

In a world driven by health, many count every calorie that goes into a meal. For those foodies who love desi food but were trying to stay away from junk street food options, there was good news. A new study reveals that a samosa is much healthier than a burger.

According to a report published by the Centre for Science and Environment (CSE), chemical-free ingredients like flour, cumin, boiled potatoes, peas, salt and refined oil are used for making a samosa. On the other hand, a burger has preservatives along with flour, sugar, gluten, yeast, mayonnaise and cheese. It is also fried. 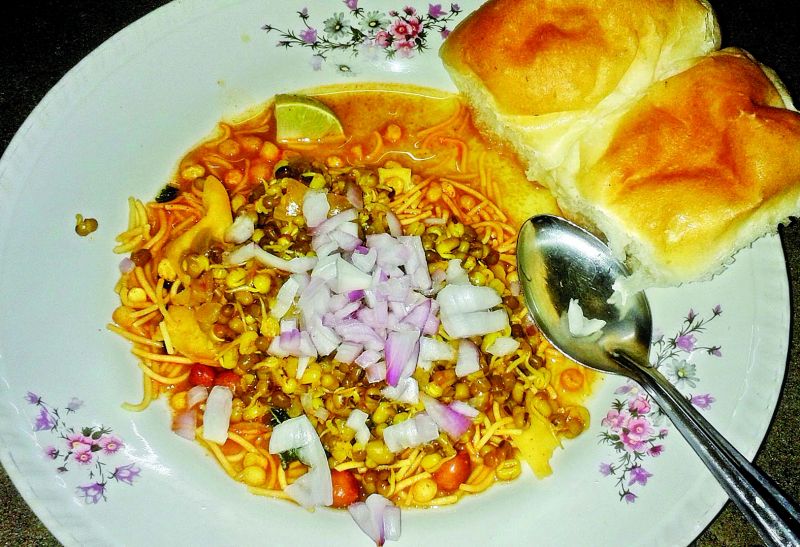 Moong usal minus the pav is healthy

Nutritionist Suman Agarwal points out that a burger will have 380 calories, while a samosa with its 250 calorie count is definitely less fattening. “A burger patty is deep frozen and fried. The bread used has a lot of yeast and gluten. Samosas don’t have yeast and the gluten content in them is also low as compared to burgers,” says Suman. 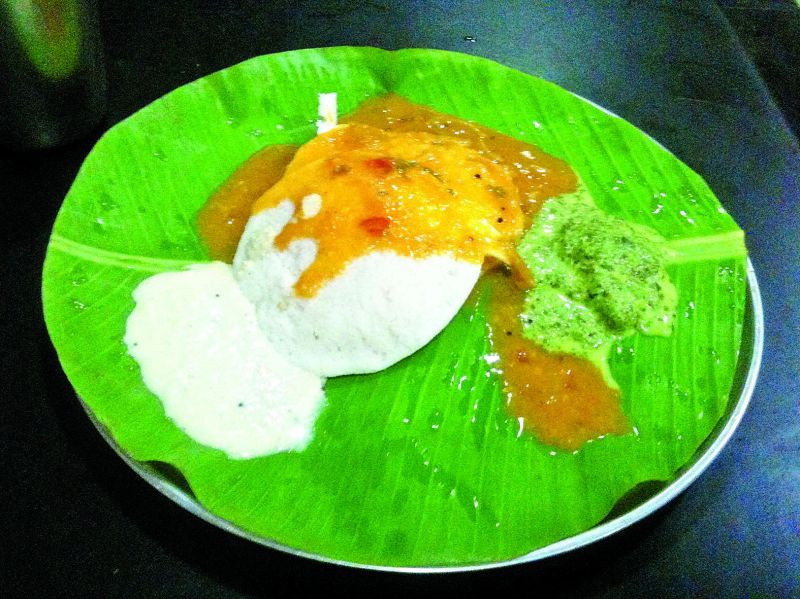 Of all snacks Idli Sambar is wholesome

Consultant nutritionist Niti Desai says that while the samosa is a healthier option than a burger, there are ways to reduce the calorie count even further if one dry-fries it instead of deep frying in reused oil. “If it is fried in reused oil, like one often sees on the roadside, the preservatives in a burger are equivalent to the free radicals present in the oil in which samosa is fried,” she says.

Like the baked vada pav, if samosa can be modified, nutritionists say it will be a much healthier than expected. “If a samosa is made with half wheat flour and half white flour and is baked instead of fried, it could be a healthier option than burger,” adds Niti.

The same trick can be applied to just about any junk food turning it into a wholesome treat. Indeed, using a few desi twists to western junk food can turn them into healthier options. “For a pizza, instead of a white flour base, one could use idli batter. Spread the batter on a plate, bake it and use the same toppings as you would for a pizza. The result is much healthier,” elaborates nutritionist Khusboo Sahijwani. 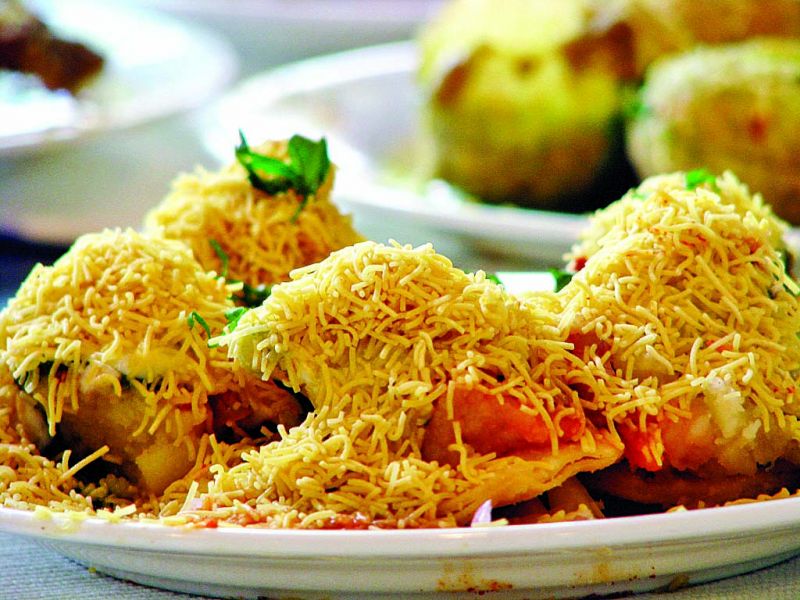 Replace puri in sev with cucumber slices for better options

Niti adds that a whole-wheat base can be used for pizza with homemade tomato sauce instead of store bought and a paneer topping instead of cheese.

While we contemplate between a samosa and burger, Suman says idli sambar is healthier. “Even paneer or egg bhurji roti wrap is good. And in Mumbai we have usal pav; have the usal knock off the pav. If the puri is replaced with cucumber slices in sev puri, keeping the same toppings, it too makes for a healthy snack,” smiles Suman. 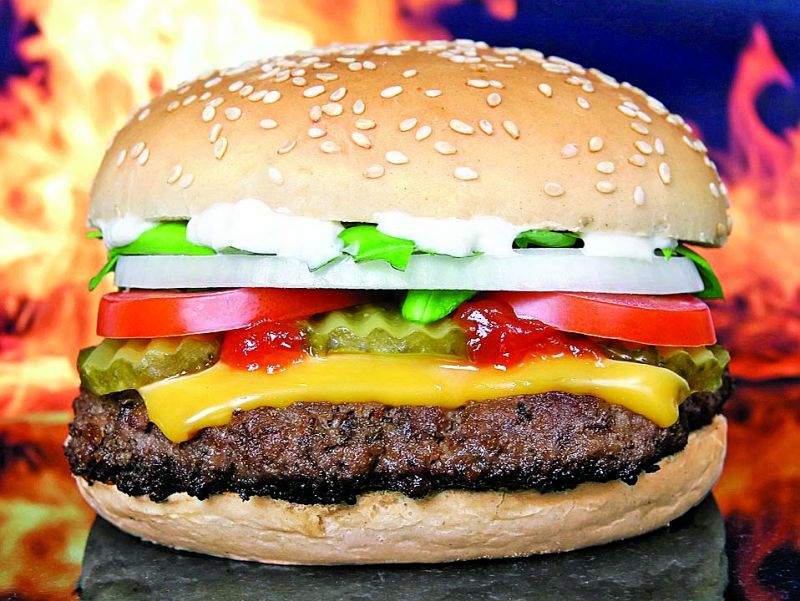 For every samosa lover, there are still those who would like nothing better than to dig into a burger. Khushboo has a solution for this group as well. According to her, there are ways to work around an unhealthy burger as well, and make it a more healthy option.

“A whole-wheat bun can be used for a burger, the patty can be grilled or roasted. The patty itself can be made in various healthy options like vegetables, soya or chicken,” says Khushboo adding that there is more fibre content in a burger than samosa if it is cooked this way.