Does outsourcing affect our personal connection to food? 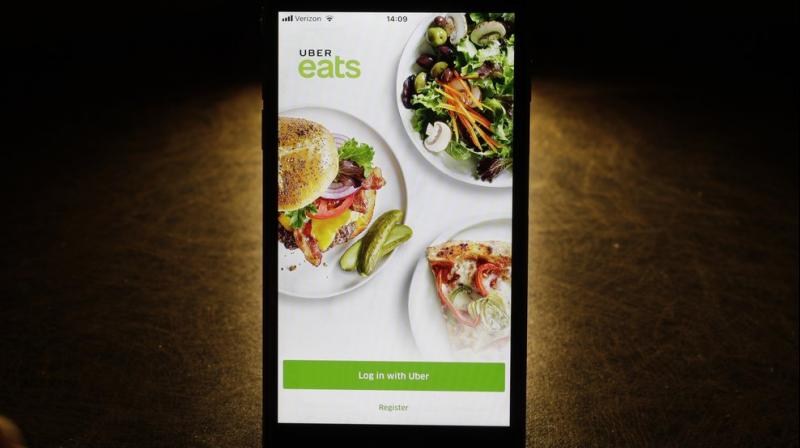 Washington: The growing options for outsourcing meal planning, grocery shopping and cooking can be called time-saving blessings or culture-destroying curses. In the end, they’re probably a complicated mix of both. The positive spin goes something like this: Assuming you can afford it, you’ll save precious time by clicking a few digital boxes and getting someone else to choose your vegetables and deliver your groceries.

No time to plan a meal? An ever-expanding list of meal kit services including Blue Apron and HelloFresh will send you premeasured ingredients to whip up a variety of recipes: complete with step-by-step, photo-enhanced instructions. All that for around USD 8 to USD 10 per person.

No time to cook? Get a week’s worth of frozen meals delivered courtesy of Home Chef, Freshly or a host of other local and national services: It’s the modern version of a TV dinner, but it tastes better. And if hunger strikes and you need immediate gratification, you’re no longer stuck ordering a pizza or a few containers of takeout Chinese: Uber Eats, DoorDash and GrubHub stand ready to deliver anything you crave.

But as people increasingly limit their involvement in meal prep, the question of how that affects our personal connection to food is debatable. “As we exist at a greater distance from where these foods originated, we tend to forget — or now, perhaps not even learn — where things come from,” says Jason Seacat, a professor of psychology at Western New England University, who studies the relationship between people and food. “This growing disconnect not only contributes to a loss for humans, but also for our natural world because greater disconnect often equals less concern for the natural environments that produce the food.”

Dana White, an associate professor and sports dietitian at Quinnipiac University, doesn’t see the situation as black and white: “It depends on what the baseline was before.” If you’re someone who never cooks and eats out at fast food places all the time, ordering groceries or meal kits could be a step in the right direction

But “if it’s taking you away from the farmer’s market and you stop putting the basil plant in your backyard,” White says, these services may do more harm than good. Mark Jenike, associate professor and chair of the department of anthropology at Lawrence University in Appleton, Wisconsin, says food is both biological and cultural, and the approach to it needs to take both into account.

“It fulfills biological needs but is imbued with meaning that makes it very cultural as well,” Jenike says. “So I could certainly see for some people that getting a meal kit allows them to focus on bonding and together time as they prepare and consume a meal together. That could be a very appealing option.”

If an hour that would’ve been spent driving to the grocery store and rushing through the aisles is instead spent purposefully simmering a sauce, a home cook could become more connected to their food. And if a meal kit includes everything premeasured down to the last half-teaspoon of chilli powder, White says, people who find cooking intimidating might discover it’s actually kind of fun.

Jenike notices the same thing at his university: “One of the real problems with things like Uber Eats and eating out all the time and food delivery is that so many kids now grow up without the skills to prepare their own food.” A company called Starship Technologies has begun delivering takeout via A.I.-controlled robots on a few college campuses nationwide. No need to even say hi to a delivery guy, which may present problems of its own.

If that isn’t enough to concern you, try this: In his work studying what “comfort food” really is, Jordan Troisi has found that the psychological comfort we get from foods has to do with the social meaning we attach to it. We’re comforted by spaghetti and meatballs not necessarily because of the tasty carbs, but because it’s what our family always ate.

“Food is a physiological need for humans,” Trioisi says. “As a consequence, it gets attached to so many other needs that we have, including feelings of safety, feelings of connection, feeling a sense that in times of stress, things are going to be OK.” But what happens, he wonders, to a kid who doesn’t grow up with any “family recipes” because the meal kits they were raised on changed every week?

Last year, HelloFresh began offering an entire Thanksgiving dinner in a box and they’ve followed up with other holiday boxes, including one for Mother’s Day. Is this the end of family recipes, or is it possible that having the basics covered helps home cooks really focus on making a few family favourites from scratch as holiday side dishes?

Donna Talarico-Beerman and her husband Kevin tried ordering groceries. But with their hectic work schedules, produce would sit in the refrigerator instead of being used. “I call our crisper drawer ‘The Mush Factory,’” Talarico-Beerman, of Lancaster, Pennsylvania, says. “We have good intentions, but we waste a lot of food.”

Coming up with meal ideas after a long day of work often felt like too much trouble, so they’d end up ordering takeout. But since they’ve begun ordering frozen meals from Schwan’s, a service their own parents used years ago, “we definitely eat more at home,” she says. And it’s been good. “Even if we’re reheating stuff,” Talarico-Beerman says, “we’re setting the table together.”