Finally bidding goodbye to molecular gastronomy, diners will get a taste of regional food from everywhere ranging from Goa to the Northeast. 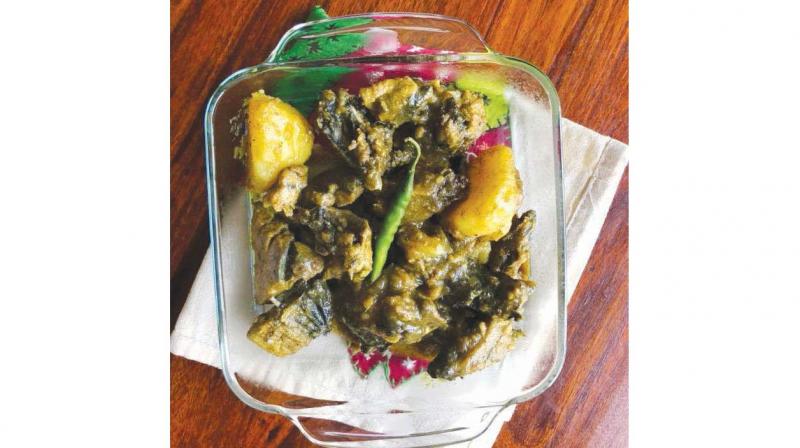 When it comes to meat, our country will eat a lot of the black chicken (kadaknath meat), a rare specialty found in Madhya Pradesh. (Photo: Gitika Saikia)

Harmeet Singh, Chef and Owner, Turban Tales
After fusion food, I personally feel that authentic food will come back in 2018. I also see people switching to basic dishes with no major gimmicks. Edible flowers, mushrooms, lotus stems and dates (sugar alternatives) will be seen on the rise. Organic eating will be on the rise.

When it comes to meat, our country will eat a lot of the black chicken (kadaknath meat), a rare specialty found in Madhya Pradesh. The chicken is organically black in colour and has a lot of medicinal values since it is high on protein. I think broken wheat is another ingredient, which will definitely steal the limelight.

Subhadeep Datta, General Manager — Goldfinch Hotel:
The year 2017 has been a year of fusion food, there have been several variations in recipes, fusion of cuisines and molecular gastronomy. I believe that this year, originality needs to be the main ingredient. We are hoping that regional Indian food gains its glory back. It helps that people are more inclined towards the diversity of Indian ingredients.

We have witnessed more and more restaurateurs venturing into opening ice cream parlours, food trucks and cloud kitchens. Health-conscious food like salad bars are also on the rise. Given how people are indulging in clean eating, millets will shine. The effort of Karnataka farmers and the government is going to change the Indian foodscape. Salads, breads, different dishes using millets will definitely be seen in the restaurants and be introduced to peoples’ diets.

Ranveer Brar, celebrity chef:
In 2017, we saw vegetarianism and veganism making waves, a trend I see continuing into 2018. Veganism is becoming a profitable business proposition, with vegan cafes doing really well, at least in urban India. I feel we’re done with small portions with respect to desserts. We’ve gone back to rustic desserts, using natural ingredients.

As a society, we are evolving into one that’s trying more alternate ingredients and foods. Last year, nuts-based milk gained popularity. I see grain milks coming next. We made a beginning with oatmeal milk. We can look forward to more, like barley milk, buckwheat milk and many such. Also vegan cheeses like nuts-based cheeses will dominate the conversations.
As told to Julie Sam

Saurabh Udinia, Head Chef, Massive Restaurants Pvt. Ltd:
I see zero wastage and usage of seaweeds in food picking up pace in 2018. Sea vegetables that were usually dismissed as seaweed are now happily recognised as delicious nutrients. So, I believe, the coming year will see an increase in healthier options on the menu. We will also witness stem to root cooking — it means using all the parts of any vegetable or ingredients to avoid wastage of food, which at this moment is billions of kilos.

Also, after quinoa, grains like barley, millets, and whole wheat will be the focus this year since their nutritional value is higher. Coconut in different forms — oil, water, paste will be used.

I also think the drama that has come into food today should go — smokes, breaking stuff and making spheres, won’t be popular anymore. There is no effect on the dish other than visual appeal.