Museum of ordinary Object comes up with yet another ordinary but yet meaningful exhibition displaying keys of all kind. 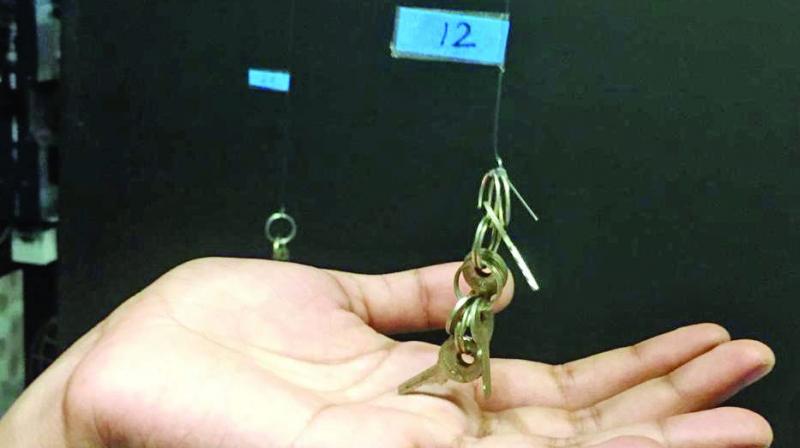 For an exhibition that only showcases keys, one would expect vintage rusty ones, but that’s not the case.

Technological advancement has led to small but major changes: Something as basic as keys are being replaced with cards, fingerprints, or remotes that can lock and unlock everything, from homes to cars and lockers. Throwing a spotlight on these simple mechanical marvels, the Museum of Ordinary Objects is exhibiting 55 keys that hold emotional value.

Talking about the theme, Karan Talwar, co-founder of Harkat Studios says, “Over the multiple editions that we have done, we wanted to play with a different format. We’re faced with lack of space and lack of resources, so one solution we found was to look at only one object. It sort of came out from the previous theme of ‘what I came with’, and we were seeing what tangents came from that, and keys were one of them. We realised that everyone has random keys lying around, and decided to collect stories around them.”

The Museum of Ordinary Objects places the keys — all given to them by people aged between 20 and 30 — under a spotlight in efforts to display them like an actual museum. Karan and other curators of the month-long exhibit wanted to provide an art show experience to suburban residents. “It’s a mini-exhibit because suburbs don’t have any space where you can experience art. We wanted to create an experience where you could be walking around and just randomly go check out an exhibition, where you don’t have to plan. And we couldn’t take the entire space because there are a lot of things happening, so we made a mini space for the exhibition,” he explains.

For an exhibition that only showcases keys, one would expect vintage rusty ones, but that’s not the case. Talking about the oldest key being exhibited, Karan says, “The oldest key we have is this man’s grandmother’s key, like how in Punjabi households most grandmothers have keys hanging from the rim of their saris. Even though the keys are not used anymore, they’re his memory of his grandmother.”

The information panel next to this key read: “These would hang on my grandmother’s waist. She was a boss lady and the possession of these keys meant power. I didn’t inherit the property, but kept the keys.”

One can also expect to see a car key at the exhibition. The car was in an accident and is not functional, but the key is still important for the owner. Another key tells the heartbreaking story of a failed relationship. The panel reads: “I locked my broken phone in the suitcase after the break-up and kept the key in my wallet. I have problems with letting go.” After two successful exhibitions – a short one based on a theme, and a longer mini-exhibition based on a particular object, Karan hopes to analyse them before planning the next outing for Museum of Ordinary Objects.
—The exhibition is ongoing at Harkat Studios, Andheri (W) till October 2