Touted as the ‘Airbnb of fashion’, even fashion designers are jumping on the rental bandwagon. 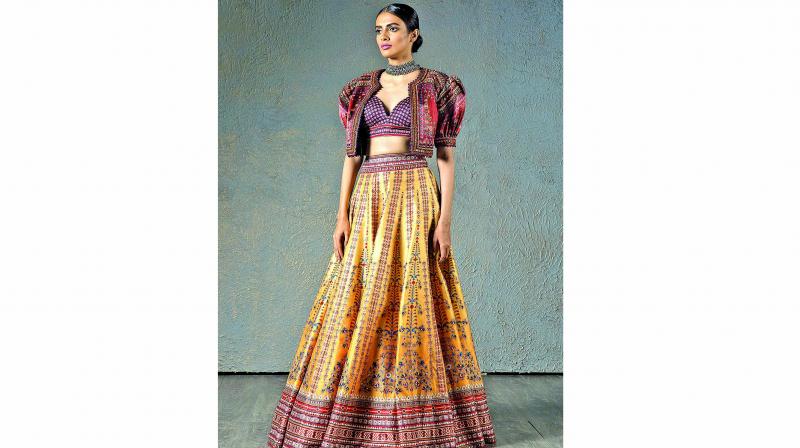 A phenomenon that is just taking shape in the country is a rage internationally.

We’ve all been there — scrolling through Instagram feeds and checking out the latest collections of Sabyasachi, Manish Malhotra and the likes or daydreaming about how a Dior jacket, Micheal Kors bag or Hermes scarf is going to overhaul your wardrobe and totally transform you, for that matter. But ultimately better sense prevails as spending a lakh or two over an outfit is not a wise financial decision. But, on the brighter side, you will be able to flaunt a designer wear, for a fraction of price.

A phenomenon that is just taking shape in the country is a rage internationally. Designer Nachiket Barve, who was the first Indian designer to collaborate with New York-based rental platform Rent The Runway  says it was a pleasant experience. “They had collaborated and got a special line designed only for the rental which was rented out for birthdays and weddings and we got lovely feedback,” he reminisces. Currently, the designer has collaborated with homegrown rental platform Stage3, renting out beautiful lehengas from his collection.

Though it’s a three-year-old brand, according to Stage3 co-founders Sabena Puri and Sanchit Baweja, it’s only in the last 18 months that they started seeing a positive attitude towards rental. Talking about why rental fashion is seeing such a big wave Sabena says, “With fashion two things are driving changes in customer behavior, one is just the way fashion is consumed. You wear something, you put it up on social media, and then you don’t want to be seen in the same clothing. You also need a constant supply of new stuff. The second thing is sustainability, people want to make sustainable fashion decisions and not keep buying hordes and hoards of fast fashion and dispose them later.” The platform has collaborated with celebrity stylist Rhea Kapoor who in turn brought in designers on the platform, bridging the gap between designers and consumers.

The idea of renting the designer dress of your dream is what creates the instant appeal. But why are designers keen to put their clothes up for rent? Sukriti Grover from the label Sukriti & Aakriti says it helps them move their older collection out of the warehouse. She adds, “Rental is a great opportunity for consumers who probably cannot afford the product but want to wear it. It’s an outright buy from us by the rental company, for us it’s a sale. We also do concentrate on getting out the older collection as our clients might have an issue with seeing our new collection on rent.”

Nachiket, on the other hand, hopes to cater to people who are new to designer outfits and are hoping to try a few labels before committing. “For me, it really works for an aspirational customer who is trying to get into exploring the designer market but may not want to buy and keep those clothes, or may not be able to afford those clothes,” says the designer but adds that owning a few good pieces and creating a wardrobe which reflects one’s personal style is better than opting for rent.

Renting outfits especially for festive season or wedding is also seen as a positive impact on the environment, which the fashion industry is always critiqued upon. Bridal wear designer Nivedita Saboo, who is constantly trying to find ways to make sure her label is sustainable, feels that rental solves that problem as well. “It’s not only reutilising or repurposing clothes that are only used once or twice, but it also adds a lot of value to the craftsmanship that goes into every garment. This definitely constitutes a great sustainable movement in the usage of garments that are not being used so many times,” says Nivedita. The designer who has collaborated with a couple of rental platforms sets aside a few pieces which are given for rent based on the requirement. “We have been approached by two or three organisations, so whenever they have a requirement, they get back to us. It’s not a permanent collaboration, and if we have that kind of an outfit, it’s set aside,” adds the designer.

Even before rental platforms started collaborating with designers, their outfits were still available on rent, but a tie-up helps designers keep a track of their products. Sukriti feels that without collaboration even new collection can end up on rental sites, She further explains, “That’s the reason you need to have this division: what is available for rent and what is not, but it’s difficult to control. If you do have a collaboration with a rental website, you can allow them to use your images from the photoshoot as well.”