The qipao began as a long, loose dress worn by the Manchus or "Qi" people who ruled China from the 17th century to the early 1900s. 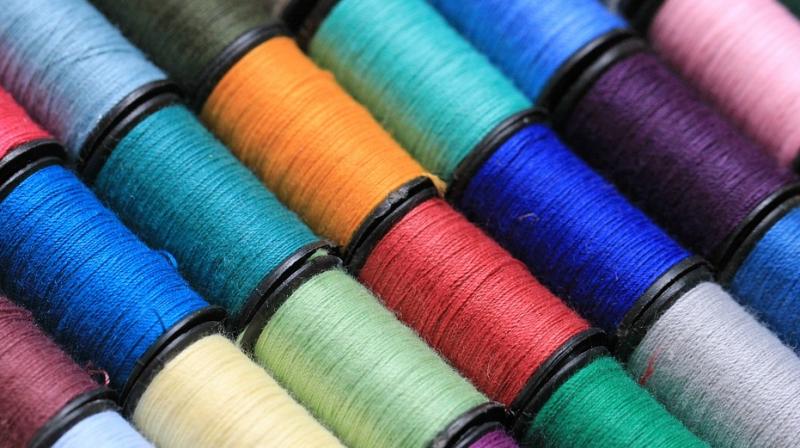 TAIPEI: In a quiet workshop in Taipei, three young women meticulously sew and iron under the watchful eye of a master dressmaker with decades of experience in creating the classic "qipao".

Lin Chin-te, 74, is among a handful of craftsmen in Taiwan who still specialise in handmaking the high-collar, figure-hugging garment which was once part of many women's daily wardrobes. His workshop is hung with dresses, from elaborate long embroidered red silk qipaos to shorter length versions in more wearable materials.

Seen as increasingly impractical and pricier than off-the-peg versions, the tailormade qipao is now mostly worn at weddings and special events.  Lin worries dressmakers will no longer learn his skills and takes on apprentices to pass down his know-how.

Hung Chu-tsu, 37, is one of Lin's three 30-something female pupils. "The master is very patient," she says, wearing a knee-length blue floral qipao she made herself.  "We start practising from the basics and learn one stitch at a time."

Hung says she thinks qipaos are beautiful and left her career as a nurse to learn to be a dressmaker after having a child. Her plan is to open her own shop, selling handmade qipaos adapted to modern life.

Often smiling, with braces holding up his trousers and a thimble wedged on his middle finger, Lin says he wants to ensure his 60 years of experience do not go to waste.  "I teach my pupils as much as I can and hopefully they can strike out on their own in the future," he says.

The qipao -- meaning "Qi robe"  -- began as a long, loose dress worn by the Manchus or "Qi" people who ruled China from the 17th century to the early 1900s.  Its popularity took off in 1920s Shanghai when it was modified into a fitted must-have, favoured by actresses and intellectuals as a symbol of femininity and refinement.

Also known as "cheongsam" in Cantonese, it fell out of favour in China after communist forces seized power in 1949 following a civil war and the dress became associated with capitalism. But the qipao gained a following in Taiwan, where defeated nationalist leader Chiang Kai-shek set up a separate government after fleeing the mainland.

Chiang's glamorous wife Soong Mei-ling belonged to Shanghai high society and was a qipao enthusiast, influencing trends in Taiwan. Many women wore the dress daily until the 1970s. Mass-produced, cheaper clothes eventually dented its appeal and some designers say recent growing anti-China sentiment has also put off young people as they associate the dress with mainland culture.  However, Lee Wei-fan, 25, says there is still a fanbase.

He studied qipao making under an old master for five years after deciding to carve out a niche in a field few of his design peers wanted to go into. Lee opened his own business six months ago and has built a following on social media where he goes under the name "Qipao Hunk", something he blushes to admit was a publicity stunt.

His clients range from brides to businesswomen who see the dress as elegant. Lee says there is increasing interest in traditional Asian styles, which he hopes to tap into.  "Those of us who have a rarer craft will be more competitive," he adds. Neither Lin nor Lee would reveal their prices but a master dressmaker charges from around Tw$8,000 ($260), not including the price of fabric.

He says he makes qipaos "with a happy heart" for his clients. "I hope that more people will see the traditional tailormade qipao is different from an off-the-peg one -- mine flatters their shapes more," says Chen.

One of his loyal clients, Taipei marketing executive Yogi Ma, has set up a qipao club aimed at making the classic dress a daily wardrobe staple once more, saying it can suit any figure and can be modernised using different cuts and fabrics.  "The qipao is very elegant and pretty, it's a pity that fewer women wear them now," says Ma, 42, who sees it as representing the "beauty of ethnic Chinese women".

Her Facebook-based club has over 4,000 followers and arranges events where members wear the dress to take part in activities, from whisky tasting to flower arranging. She hopes that by promoting the dress she will help skills like Chen's survive. "If more people like the qipao, there won't be an issue of lacking people to learn the craft," she said.