Vatican, the Met assemble show on Catholic effect on fashion

The exhibit will include garments for more ordinary mortals by designers spanning Azzedine Alia to Vivienne Westwood. 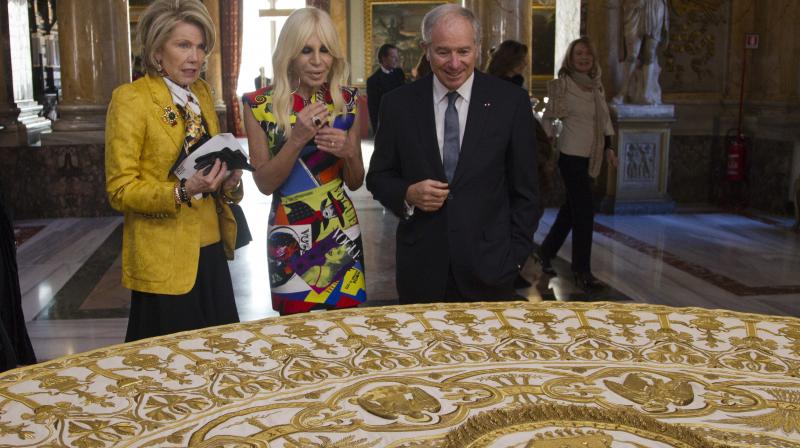 ROME: The Vatican is loaning some of its most beautiful liturgical vestments, jeweled miter caps and historic papal tiaras for an upcoming exhibit on Catholic influences in fashion at the Metropolitan Museum of Art.

The Vatican culture minister, Cardinal Gianfranco Ravasi, joined Vogue Editor-in-Chief Anna Wintour and designer Donatella Versace in Rome on Monday to display a few of the Vatican treasures at the Palazzo Colonna, a onetime papal residence.

"Heavenly Bodies: Fashion and the Catholic Imagination" is set to open May 10 at the Met's Costume Institute in New York.

Along with the Vatican treasures, the exhibit will include garments for more ordinary mortals by designers spanning Azzedine Alia to Vivienne Westwood, all set against the backdrop of pieces from the Met's collection of Medieval and religious artwork.