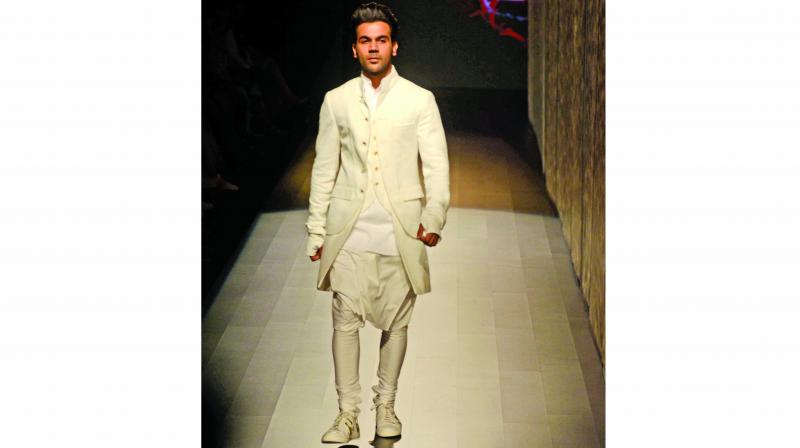 While fashion has always been one dimensional and labeled as men’s wear or women’s wear, genderless fashion is proving to be a big trend. On day three of Lakme Fashion Week Winter/Festive 2018, four labels came together to put together a show that breaks free from the gender stereotypes. Fashion labels Anaam, The Pot Plant, Bobo Calcutta and Bloni were part of the #GENDERBENDER show. Ayushman Mitra’s Bobo Calcutta launched a new collection called Ludicrous Legacy, which was all about combining art with fashion. Models dressed in multicolored, sequined outfits roleplayed and interacted with each other as Ayushman created a painting on a canvas in the background. Talking about his collection Ayushmaan says, “It celebrates the identity of people in the way they dress, behave and laugh. There’s a touch of influence from postmodernist Japanese artist and also of Berlin nightlife, you know when there is a clash of colours, textures. Irrespective of what people think, one should wear what they want to wear.” The Pot Plant by Resham Karmchandani and Sanya Suri unveiled their new collection called 100% Human, drawing attention to the human aspect rather than gender. “The idea is that we live in a society where people always label and tag us but we want to exist beyond that, and that is what we explore in 100% human. The clothing was also designed in a way that it can go on anybody no matter what gender they identify with,” says Reshma. The collection was heavy on the green with oversized circular prints. The models exchanged their layers to depict the gender fluidity of the clothes. Further breading the gender boundaries was Anaam by Sumiran Kabir Sharma. Their latest collection Behrupiya was woven out of Merino Wool and Muslin Mix, giving the outfits a loose and free-flowing look. To break the gender divisions even further, Sumiran got transsexual models to display his collection. Talking about his experience Sumiran says, “We cast six real identities from the queer community and it was the first time ever we had trans women and men as models. It was challenging because they had to relive the scars and that’s why the act was emotional.” 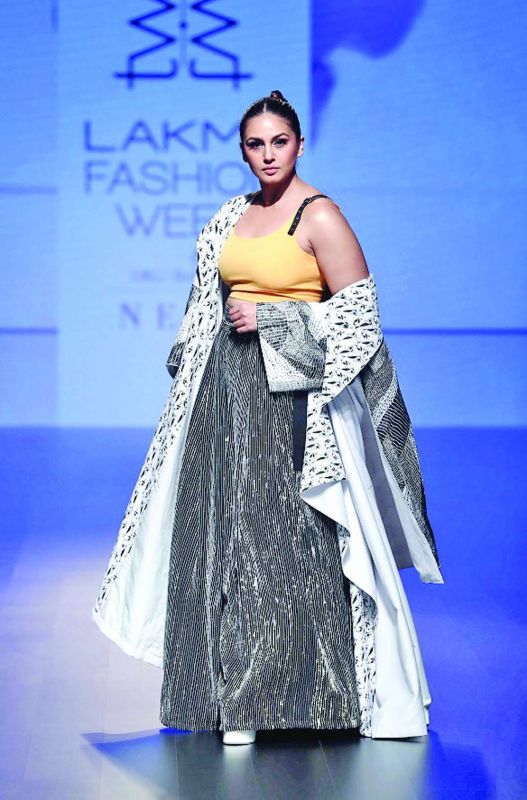 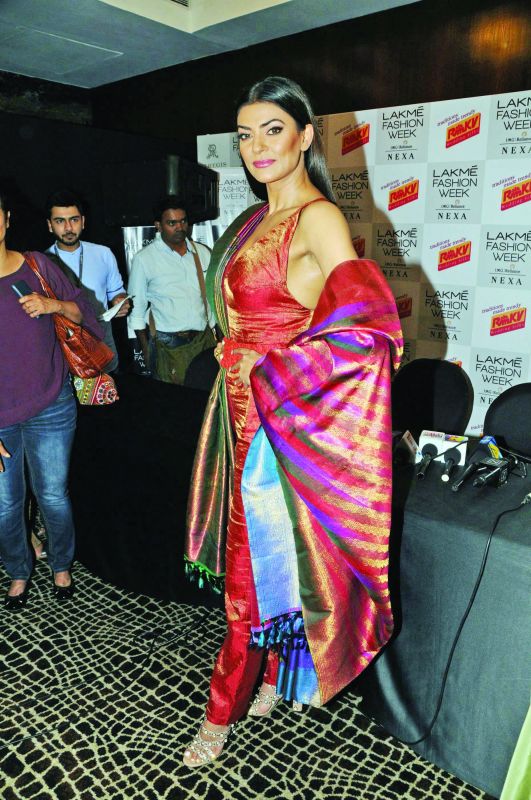 The ever gorgeous Sushmita Sen walked down the ramp wearing a reversible silk saree by RmKV. The multifunction saree was designed so that it can be worn in four different ways.

To combine technology and sustainability, Australian company Tencel and designer Rajesh Pratap Singh came together and ended the day two of Lakme Fashion Week Winter/Festive 2018 on a high. The collection Welcome to the Jungle was all about Indian inspired prints like Banarasi, Jamdaani, hand block prints and Chanderi. Although the silhouettes were mostly traditional, Rajesh added a contemprorary touch with his styling. Bollywood actor Rajkumar Rao walked the ramp for Rajesh, dressed in a all white. Actor Rahul Bose and actress Patralekha  attended the show to support Rajesh.