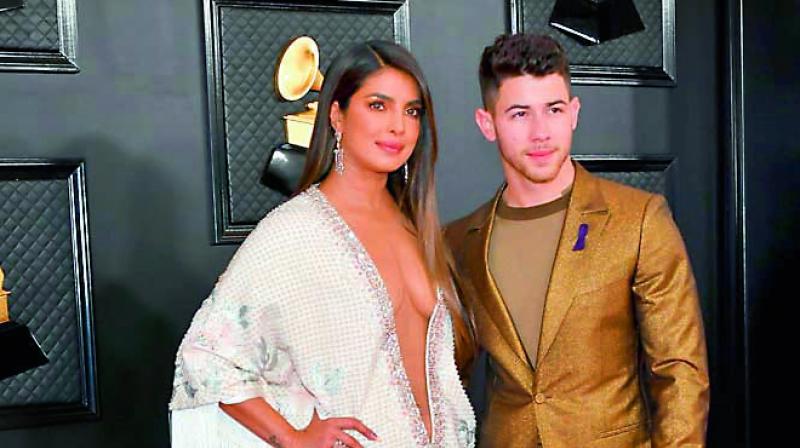 The same is the case with celebrities, for instance Priyanka Chopra wore a deep plunging neck dress for the Grammys this year and no one forced her to do so, as she chose to wear it.

The Czar of haute couture has spoken. And he has clearly stirred up a hornet’s nest. Eighty-five year old Giorgio Armani has strongly accused fashion designers of ‘rape’ for forcing women to wear provocative clothing on the ramp. Armani, who is known for his classy and conservative designs is quoted in the Daily Mail as saying, “It’s time for me to say what I think’ before asserting that ‘you can rape a woman in many ways ‘throwing [a woman] in the basement’ and ‘suggesting she dresses in a certain way’ were both forms of sexual assault. If a lady walks on the street and sees an ad with a woman with her boobs and a*** in plain sight and she wants to be like that too, that’s a way of raping her,” he said. His comments that were made at the Emporio Armani show which was part of the Milan Fashion Week has got designers the world over enraged.

Fashion designer Manoviraj Khosla, while disagreeing with Armani offers his insights. “I do not agree with Mr Armani, most women dress in a way of exposing themselves these days, it’s because that’s what makes them feel good. Nobody is subjecting them to look like that; any woman dressed for a party anywhere in the world is exposing herself. The same is the case with celebrities, for instance Priyanka Chopra wore a deep plunging neck dress for the Grammys this year and no one forced her to do so, as she chose to wear it. You can't say that by dressing that way someone is raping her, she dressed that way because that’s what makes her feel sexy. So if we make dresses which expose the breasts, then it’s upto the person who is buying the dress, if she is comfortable in wearing the dress or not. You can’t blame designers for creating dresses like this as it always is a personal choice. As long as you are not forcing someone to wear a provocative dress it is completely fine to choose the way you want to look.”

Armani is also notorious for having made similar mischievous remarks in the past, where he once claimed that while he dresses ladies, Versace dresses whores. Armani despite his rather puritanical approach to fashion is also guilty of having dressed his female models in sheer clothes. So what exactly is the fuss all about?

Style guru Prasad Bidapa does not mince his words when he says, “A woman chooses what she wishes to wear and it is nobody's business but her own. You can't blame designers as a woman is free to choose and no woman is going to make herself look bad. You can blame celebrity stylists for giving their star clients bad looks to wear. Rape has everything to do with a Rapists’ convoluted viewpoint. He rapes babies, elderly women, burqa-clad women or a scantily clad woman with equal impunity. That perverted mindset has to be sensitised to treating all women with respect. Armani’s comment was referring to the commodification of women by designers forcing them to buy clothes they don’t need. An allegory, nothing more.”

Fashion designer Raj Shroff sums it up best by asserting that that clothing is a form of expression and therefore a personal choice. “I don't think anyone has the right to comment on somebody's style or pass judgment over an outfit worn by an individual. I don't think that we should co-relate a form of dressing to something as strong and distasteful as rape. As a designer, I may have a sensibility or I may want to dress another individual in a certain manner but that is has nothing to do with allowing someone to interpret that expression to harm people.”

— With inputs from Sitara Naidu and Ruth Prarthana