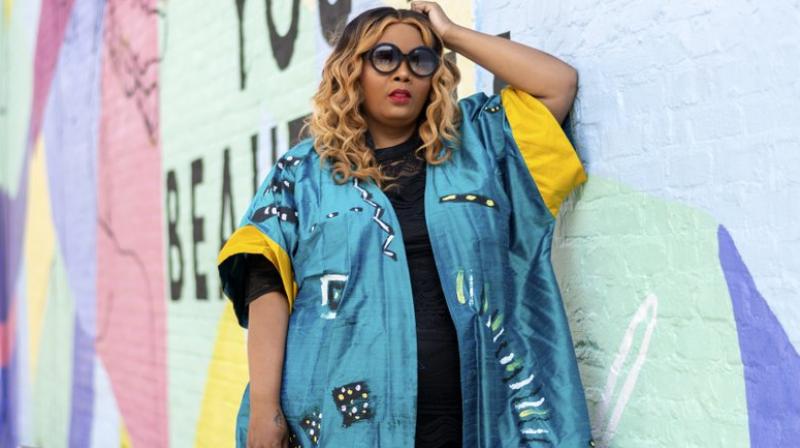 She’s down to 240 pounds, but she’s struggling to fully accept her future of fewer pounds, both personally and professionally. (Photo: AP)

Washington: Fashion and lifestyle blogger Maui Bigelow has always been curvy and built a social media presence by embracing every pound.

Until the worst happened. At nearly 380 pounds, her health took a dive. She was diagnosed with blood cancer and multiple uterine fibroids that couldn’t be treated due to her weight. That’s when she decided to have bariatric surgery, a weight loss procedure.

She hadn’t yearned to be thinner, but she wanted to live at least long enough for her two children, ages 20 and 16, to make her a grandmother. “For months I talked to my counsellor about how I would share my truth with you,” Bigelow told her followers at Phatgirlfresh.com after the weight loss surgery last year. “I was concerned about how you would receive it. I feared the plus-size and body-positive communities wouldn’t understand or respect my choice.”

Bigelow, a former teacher in Albany, Georgia, with 67,500 monthly unique visitors to her site and nearly 40,000 followers on Instagram, was pleased her fans were resoundingly positive. That’s not a small thing in her corner of the internet.

Fat-acceptance and body-positive influencers like Bigelow are on the rise on social media and as fashion models, as they fight back against the damaging pressures of idealized beauty peddled online and off. But what happens when, as in Bigelow’s case, weight poses a serious health risk, or they decide to shed pounds for other reasons, turning their careers and social channels from fat acceptance to smaller sizes, dieting and fitness?

“The people who are having weight loss surgery in our community, they have the surgery, they go about their business and they shut up, for the most part. But it’s important to share. There are women who are struggling with health issues who need this surgery,” Bigelow said in an interview.

She’s down to 240 pounds, but she’s struggling to fully accept her future of fewer pounds, both personally and professionally.

“I was a bomb ass girl at almost 400 pounds,” Bigelow said. “Some of these influencers, they talk about being fat and how they love their plus-size bodies and how they’re so empowered in the space that they’re in, and they have all of these women who support them, who are cheering them on. Then fast forward, they lose the weight and you see the before and after pictures: Oh, this is when I was 350 pounds. I was so depressed. I felt so ugly. And this is me now. I’m so happy. I’m so free. Wait a minute, girl. Didn’t you say two years ago when you were 350 pounds that you loved your body and that you loved the size that you were? Me, I came into womanhood as a fat woman. I’m not as confident as I was.”

Pia Schiavo-Campo, who posts from Los Angeles about style and culture on Instagram and blogs at Mixedfatchick.com, isn’t a fan of dieting, before-and-after pictures or the lack of dialogue from fat-acceptance influencers about weight loss. As someone who has struggled with an eating disorder for the better part of 30 years, she’s triggered by diet talk and conflicted about weight turnarounds, especially those not directly addressed.

It’s the messaging, she said in an interview, especially when dieting or weight loss surgery transforms the online mission through photos and new collaborations focused on health and weight-loss products. Schiavo-Campo’s concerns are echoed by others in the anti-diet movement.

“Diet culture,” she says, has been “basically imposed on us, mostly women. By the same token, I also believe that people should do what’s best for their bodies.” JennyLee Molina in Miami did what’s best for her body by losing 80 pounds in a year, trimming down to a size 8 after being told she was pre-diabetic. She did it without surgery, and lost one of her heroes, body-positive model Tess Holliday, in the process, after documenting her health and weight-loss journey on Instagram, where she has 11,900 followers.

Molina’s feed includes before-and-after photos. She said she sought out Holliday through private messaging after realizing Holliday had unfollowed her. “Your weight loss posts are too triggering for me, I’m sure you understand,” Holliday explained in a private reply earlier this year. “It’s not personal.” A representative for Holliday did not respond to requests for comment.

Molina recalled how much she loved Holliday’s take-no-prisoners approach to fat acceptance as she gained popularity with a groundbreaking modelling contract and her “effyourbeautystandards” movement on Instagram in 2013. Molina, who has a 9-year-old son, was thrilled when she had a chance to meet Holliday in 2015, at a time when Molina had gained a significant amount of weight after knee surgery.

“She was a go-to for inspiration, someone I admired in terms of embracing your curves, embracing where you’re at,” Molina said. “The community is very divided between those who are more about fat pride, which is fine, and the ones who are all about wherever you’re at, be comfortable in your own skin. That’s where I feel like I am. I think everybody should embrace themselves at every step of the journey and we shouldn’t shame people who decide to lose weight to feel better. There’s nothing wrong with it.”