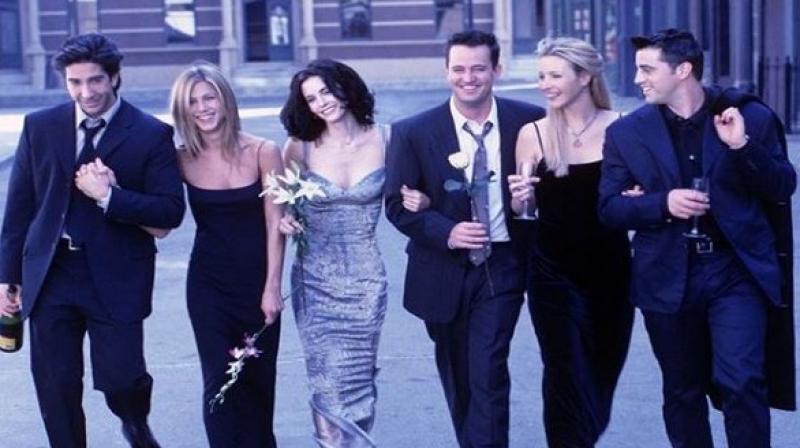 The collection will also be available online and in Ralph Lauren stores. (Photo: ANI)

Washington: Good news for all the Jennifer Aniston fans! The actor became a household name after starring as Rachel Green in the beloved sitcom 'Friends' and now you can dress like her character!

To mark the 25th anniversary of the insanely popular sitcom, Ralph Lauren has launched a clothing line with styles inspired by Aniston's character, Rachel, who worked for the iconic American fashion designer on the show, reported CNN.

It has been launched in partnership with Warner Bros. Consumer Products and Bloomingdales. The collection -- 'The One Where They Wore Ralph Lauren', features workwear looks inspired by the wardrobe of Aniston's alter ego Rachel.

There are also animal print coasts and suede boots, a subtle homage to 1990's fashion. There's no menswear as it is a pure ode to Aniston's character. The selection comes from Polo and LAUREN Ralph Lauren lines.

"The collection is a celebration of the brand's role in the series," said Ralph Lauren in a statement. "Just as friends proved to be a perennial favourite series for viewers over the last 25 years, this collection reflects Ralph Lauren's timeless styles and archetypes that have remained a go-to for the modern working woman," Lauren added.

To feed fans' nostalgia, shots for the collection were taken on sets that replicated Monica and Rachel's apartment and the gang's favourite hangout spot -- the coffee shop, Central Perk. A section of the store has been transformed into the coffee shop where shoppers will get the ultimate fan experience.

This weekend, the set and the line will be on display at Bloomingdales' flagship in New York City -- where Aniston's Rachel got her first big fashion job. Both sets will later travel to other Bloomingdale's locations across the country.

Lauren and 'Friends' is the first collaboration from a major fashion designer to mark the 25th anniversary. A Balenciaga coat made headlines last year for looking like a possible homage to an outfit worn by Joey Tribbiani in one of the show's most famous episodes.

In July, Pottery Barn launched a collection of Friends-themed products with inside jokes from the show. Other major fashion brands like ASOS and H&M have plenty of Friends-logoed sweatshirts and T-shirts.

The toy company Lego has created a replica of Central Perk, which comes with the main characters (plus Gunther, the cafe's manager) and features details like a cash register, menu board, flowers, and a cookie jar.

The collection will also be available online and in Ralph Lauren stores.

Starring Jennifer Aniston, Courteney Cox, Lisa Kudrow, Matthew Perry, Matt LeBlanc and David Schwimmer, the beloved sitcom ran for 10 seasons on NBC between 1994-2004. It followed the story of six friends in their 20s and 30s who live in Manhattan, New York City.