Ripley's Believe It or Not! is donating about 20 of the top gowns to brides 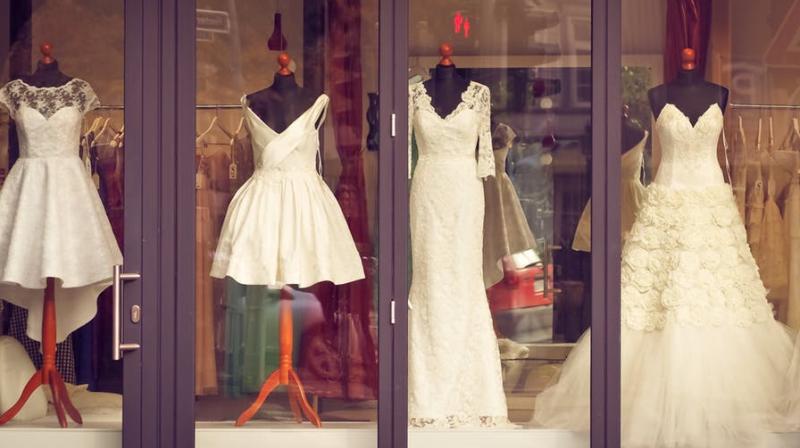 New York: A toilet paper wedding dress with 1,500 hand-cut butterflies made by a mother of two in her spare time won the $10,000 first prize in a quirky New York fashion competition on Thursday and a bride-in-need may have the chance to wear it down the aisle.

Ripley's Believe It or Not!, which exhibits winning entries every year, is donating about 20 of the top gowns to brides whose plans were shattered by the sudden bankruptcy of wedding dressmaker Alfred Angelo last week.

Kari Curletto said she spent three months on her submission "Quilted Enchantment," with its six-foot cathedral train. It was her first entry, one of 1,517 this year, in the 13-year-old toilet paper dress competition sponsored by Cheap Chic Weddings and Quilted Northern toilet paper.

"It kind of feels like I'm dreaming right now," Curletto said in an interview after her win. "Halfway through I was going to quit. I was crying and thinking, 'Well, I just can't do it. It's too much,' and a butterfly flew into my yard and landed on my hand."

Curletto, an actress living in Las Vegas, fashioned the dress from toilet paper, glue, glitter and tape, working at night after her children went to bed.

Brides-in-need should contact Ripley's by July 28 for a chance to get a paper gown, spokeswoman Suzanne Smagala-Potts said by phone. The exhibitor has yet to choose which ones will be donated, she added.