Building up a movement

This festive season, fashionistas are wearing designs with motifs inspired by architecture. 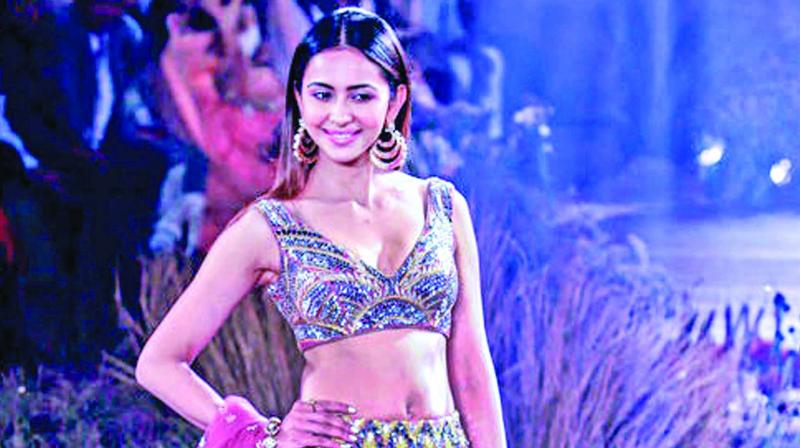 Iconic designer Coco Chanel once said, “Fashion is architecture. It is a matter of proportion.” And, she couldn’t have been more accurate in defining the eternal affair between fashion and architecture. Every year we see multiple designers taking inspirations from historical monuments, cities and landmark buildings that are re-imagined as prints, motifs or embroideries on various outfits. We take a look at some of the architectural themed ensembles by Indian designers meant to emphasise on a ‘constructive’ festive season.

Historical Influence: Indian architectural wonders are famous for intricate art and design, which resonates with today’s millennials as well as the mature audience. Designer Gautam Gupta believes that from a designer perspective we are blessed to be born in a country where we still have magnificent forts, palaces, and heritage which can be interpreted on clothes. Speaking about his latest couture line, he mentions, “If we talk about the architectural influence in this collection, we have been inspired by Mughal artwork. Our design journey starts from developing textiles so the first challenge is to get textiles woven with the motifs and art developed from a theme. Rich textiles such as Paithani to Banarasi to Bandhani to embroideries such as a convent, petit point all are used to narrate the story through the ensembles.”

On the other hand, designer Gazal Pareek mentions that her latest line focusses on ready-to-wear prints and patterns, providing simple yet stylish garments, catering to women of all ages. She says, “Architectural designs on a garment can be in various forms, like the art of block printing, the art of Bandhani and leheriya wherein we use the tie and dye method to make it festive and colourful. The beauty of our heritage, land, and culture truly reflects through the geometrical designs printed on the garments.”

European aesthetics: Designer Rahul Mishra’s 2019 couture collection takes inspiration from his observations during a recent trip to Monaco as well as memories of his childhood home in the sleepy village of Malhausi in Uttar Pradesh. The clothing line represents florals blended with architectural elements. The designer used a vivid interpretation of the landscape and bright colours to depict the essence of a vintage painting. Whereas, a popular menswear brand recently launched a collection which takes inspiration from Scandinavian countries like, Sweden, Denmark, and Greenland. Neelanjan Sil, head of design, informs, “The collection features the selection that discovers the silhouettes crafted from premium threads and medieval period elements. Architecture in its true form and representation can be depicted through prints. In this collection, the landscapes are interpreted through the lines, prints and the building blocks that are weaved as small patterns or tiles which look very fashionable.”

Royal stories: When we think of architectural influences in India, the majestic forts of Rajasthan are the first thing that strikes a chord. For designer Anita Dongre the fascination for Jaipur is expressed through design in her latest line of clothes. She uses embroidered peacocks, flowers and leaves in the form of motifs to represent the architecture of Jaipur. Her collection is inspired by the city’s exquisite architecture, with its unique blend of Rajputana and Mughal motifs, which include geometric shapes and floral patterns, showing a remarkable intermingling of cultures.

While Mumbai-based designer duo Falguni and Shane Peacock represent their love for the pink city with a French twist. The designers take inspiration from the City Palace of Jaipur and depict the ornate architecture, resplendent domes, imperial carvings, nondescript doors, intricate frescoes, imposing gateways and paintings of the palatial city in their couture line. Their line showcases stellar lehengas juxtaposed into red-carpet-worthy gowns, asymmetrical layers cascading into long sweeping trails to mark the fusion of the East and the West.