The men of tinsel town are taking over the reins and proving that they have style too. 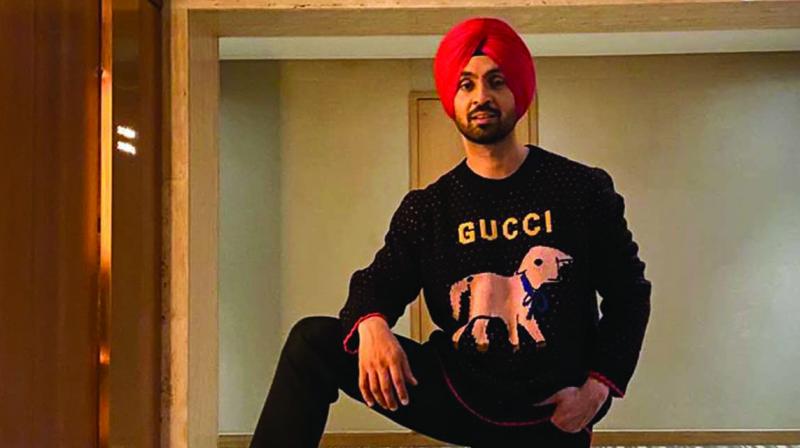 While the actresses in the Hindi film industry are busy protesting and slaying trolls, the male counterparts are keeping the fashion police busy as they hold the fort for the divas gone MIA. Call it a sort of role reversal on the fashion front, but it looks like it’s time to ask the action heroes on the red carpet – who are you wearing? No pun intended. With stylists taking over the Bollywood fashion, the ultra-hip men in tinsel town are pushing the boundaries with some unheard unseen trends.

While Ranveer Singh is already famous for pulling off some unusual clothes on the red carpet, the latest to join the bandwagon are actors like Akshay Kumar, Diljit Dosanjh, Ayushmann Khurrana and Karan Johar who aren’t afraid to experiment with neon jackets, pleated shirts with asymmetrical hemlines and eye-catchy accessories. Is it possible that men in Bollywood are ready to surpass their female coworkers in the style department? We hope so.

Thanks to social media, the hoopla around styling and creating a look for an occasion is edgier than before. Especially, in a competitive industry like showbiz, stylists and designers are creating bespoke looks for actors to stand out in a well-dressed crowd by incorporating unique silhouettes and bright colours. Designer Jenjum Gadi explains, “In this social media age, actors have to keep up appearances and look relevant all the time. Obviously, stylish clothes are the best way to grab attention and soon men will also be getting as much attention as women for their style and groomed appearances. Some of the well-dressed men in the industry are already pairing sling bags, fanny packs and interesting accessories with their airport and promotion looks.”

For stylists dressing up male celebrities, 2020 would be the beginning for an interesting decade as the foundation for gender-neutral ensembles is catching up bigtime among Hollywood celebrities like Harry Styles, Billy Porter, Jaden Smith and many more. Mumbai-based celebrity stylist Karan Sethi opines, “I think menswear is evolving in India, and our celebrities, as well as commoners, are opening up to out of the box ideas. In the coming years, menswear will be the highlight of red carpet dos and special occasions. From the current batch of stylish men in Bollywood, I like Shahid Kapoor as he tries a lot looks with athleisure and he also pulls off sharp suits. As a stylist, I love experimenting with prints and colours for men. I also love Ayushmann’s gender-neutral and oversized clothing, which he carries with absolute confidence and grace.”

Similarly, designer Maya Gurjar points out her personal favourites in menswear segment and calls it a “colourful” time for men to try out some extreme combinations. She says, “Being a designer I love seeing colourful clothes on men, and the way most male celebrities are carrying it is wonderful. They are wearing colours like orange, yellow and greens, which were earlier restricted for actresses only. Not just red carpet, but even for the travel looks or the curated shoots for social media, actors are flaunting bags, scarves and bright sneakers with suits.”

For menswear segment, the quirky motifs, colourful fabrics and embellished ad-ons are huge right now and there is a lot of room for trying out new designs in this space. Men today are also becoming more open-minded and experimental in their outlook, says Shipa, head designer at a brand. She says, “Some of our male customers have written to us to enquire about new designs and fabrics. We think pairing up quirky dupattas and scarves with something plain or vice versa can be a good idea to try out. Cotton shirts with distinctive prints are quite popular presently, and men are pairing them with chinos and pair of shorts for cool casual looks.”