The protest soon took the Twitter by storm and trended under #IneosVthePeople. 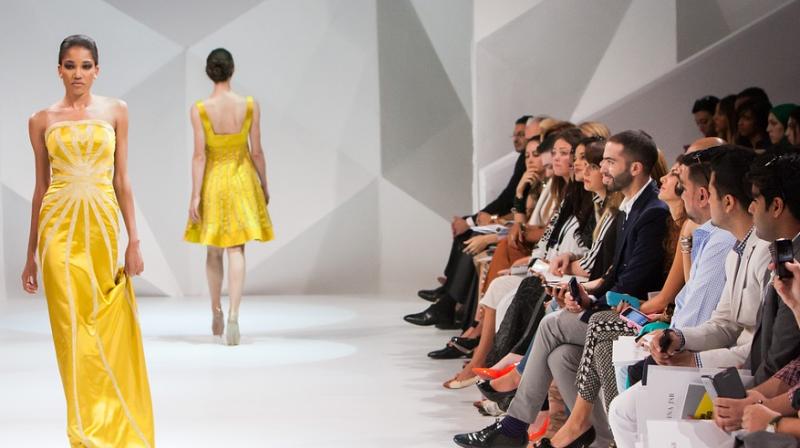 Staged on the Knightsbridge, the anti-fracking protest was directed towards the British petrochemicals firm, Ineos. The firm is known to develop shale gas projects in the UK, advocating controversial energy extraction techniques that may pose severe environmental threats, according to The Independent.

Partakers were seen sporting garments emblazoned with slogans such as 'Fracking Climate Ineos' and 'Frack off Ineos' among others.

The protest soon took the Twitter by storm and trended under #IneosVthePeople.

A user wrote, "Amazing show today working for @FollowWestwood supporting #IneosVthePeople #AntiFracking with the beauty that is @CHLOEJASMINEW Well done to the troops".

A supporter wrote, "Big corporations like INEOS want to frack our country, ruin the environment only to turn it into more plastic that we are so desperately trying to reduce. They are trying to take away our fundamental human rights. We need to ban fracking @realjoecorre #INEOSvTHEPEOPLE" alongside a picture from the protest.

The 76-year-old designer is hailed for her environmental activism and is considered as fashion's poster women for environmental causes. According to The Independent, she used the platform of Fashion Week to promote the values of environmentalism.

While on the other hand, a group of plus-sized models protested outside London Fashion Week venues to highlight the importance of celebrating women of all sizes and to encourage designers to use larger models in their shows

The group was headed by a body advocate Hayley Hasselhoff showing their support for plus-size beauty. The models posed in their underwear while holding signs which read, 'Where are the Curves?', 'Love your curves', and 'Curves shouldn't mean compromise' among others.

One Twitter user wrote, "Today we stood outside of the #LFW main presentation area to protest the lack of representation in the industry. It's time the industry caught up and made fashion more inclusive #rulesrewritten".

Simply Be, the co-organiser of the protest, tweeted, "Did you see Simply Be at #LFW this morning? We showed our curvy girls some love ?? #rulesrewritten".