From animal prints to thigh-highs, the boldest shoes on LFW runway! 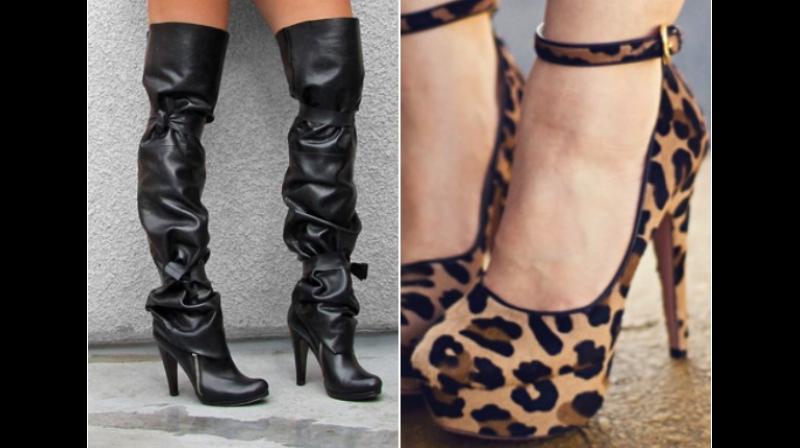 Animal prints, which are a major trend this season, were showcased at several shows, including Halpern. (Photo: ANI)

Designer Michael Halpern worked with French fashion designer Christian Louboutin to create some unique footwear designs. The designer told Footwear News that he likes partnering with the Louboutin team because "they really let us go wild and push the boundaries".

And the silhouettes for this year were no exception, consisting of bold patterns and oversized bow details, adding just the perfect amount of oomph to any outfit, reported Footwear News.

Animal prints, which are a major trend this season, were showcased at several shows, including Halpern (leopard print) and Ports 1961 (Dalmatian). The boldest designs came from Mark Fast, who showed python-print thigh-highs in nearly every colour possible.

Apart from animal prints, another design, which took the fashion event by storm, was pointy-toed pink shoes with dramatic feather detailing. The feather-trimmed pointy-toed footwear was created by Marques' Almeida.

Except for going all out by displaying some bold styles, several designers continued this fall's major platform trend with their offerings. Fashion designer Simone Rocha made red platform sandals with floral appliques, while fellow designer Pam Hogg showcased metallic thigh-high boots set on a platform heel, upping the style game this season.

Some over-the-top designs were also spotted on the runways of Emilia Wickstead, Molly Goddard and Preen by Thornton Bregazzi.