An installation in the city tells the story of the Partition of India through fashion and fabrics. 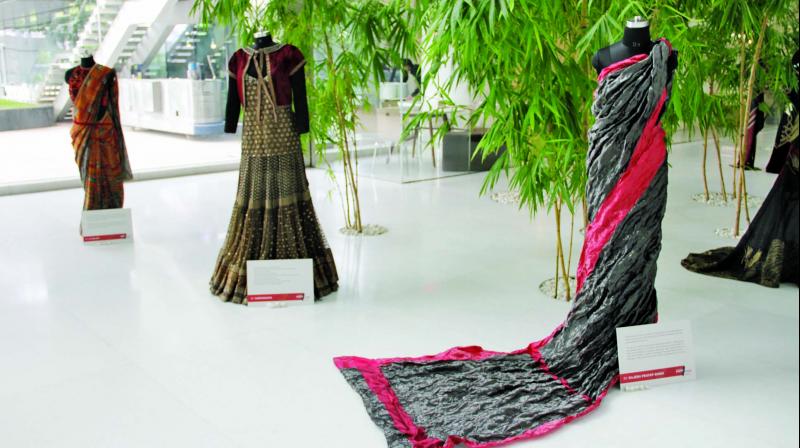 Woven into each stitch of clothing is a reflection of the time and environment that the garment represents.

Clothes often tell stories — the design, cut and even material of garments have a lot to do with the socio-political background. Just take Mahatma Gandhi for instance, who wove an entire revolution around khadi, or the Maharashtrian women draping their sarees in the kashta style to be able to aid the men in war.

Woven into each stitch of clothing is a reflection of the time and environment that the garment represents. Godrej Culture Lab and The Partition Museum of Amritsar came together with a leading magazine to create one such interpretation. However, this time around, India’s top designers were invited to stitch their ideas of Partition of India through contemporary fashion. The sarees, drapes and other garments, which were created, are now on display at Lakmé Fashion Week and will later find their way to the Museum.

In a talk on August 19, head of Godrej Culture Lab, Parmesh Shahani will be in conversation with the curators and creators of the project, where they will talk about how history and fashion can come together to tell stories. “Today’s generation is not very aware of their cultural heritage, and hopefully through this installation and talk, we will be able to convey their history to them,” says Parmesh. 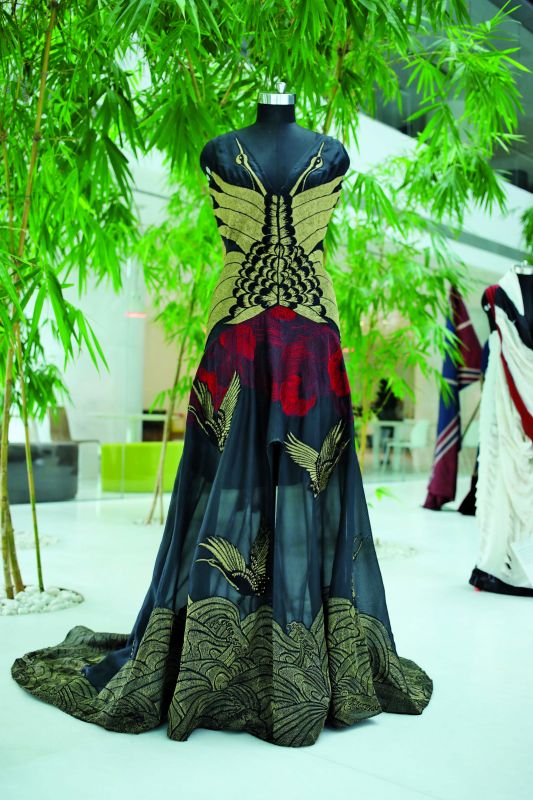 An invite was sent out to fashion designers from all across the country and many came up with their own interpretations of what partition meant to them. Parmesh finds himself happily overwhelmed with the response. “Each one of the designers had a personal touch to add to their designs. Tarun Tahiliani, who is a Sindhi, really gave an expression to his Sindhi heritage. A lot of women had to escape the country disguised in burkhas. His installation is an interpretation of that. Rajesh Pratap Singh is from a border village and he used silk and steel in his saree to represent the mix of softness and resilience in women of that area,” he explains.

JJ Valaya, who hails from Punjab, was also touched by the partition. “You hear stories everywhere in Punjab. My own father used to go to school in Lahore. So, interpreting the stories of Partition through clothes came easily to me,” he explains.

A believer in the direct approach, the designer has emphasised on the atrocities on women in Punjab during the times of Partition. Some women would dive into wells and commit suicide, so as not to be violated by mobs and it is this aspect that the designer has shown in his saree. “For a designer, fabric is the canvas on which to write their story, and what better canvas than a saree in India? I have used a unique embroidered design of bangles, which fall from the top of the saree to the bottom, where they fade into a void, representative of the well,” he describes.

The designer believes that a hard-hitting approach to art is the best when one is interpreting a socio-political issue. “You don’t want to be overly-artistic and vague, so that only a few understand. Art needs to reach its audience for it to have an impact,” he signs off.