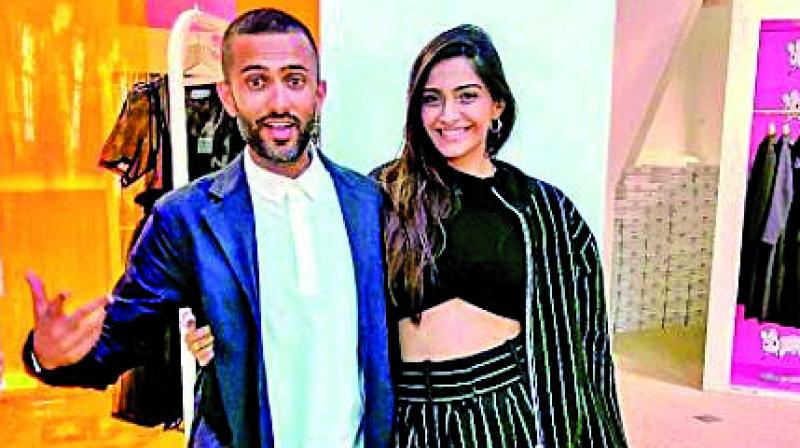 That Sonam Kapoor’s boy-friend Anand Ahuja is inching towards becoming an integral part of Anil Kapoor’s family, has been proven times over with the young man gracing every important occasion in the Kapoor family.

Now comes the news that Sonam and Anand are joining hands for a business venture. Not film production, but Anand will be designing shoes and sneakers for Sonam and her sister Rhea’s label Rheson, which manufactures and markets clothes for women.

For the uninitiated, Anand is a Delhi-based entrepreneur with many business interests, including clothes, fashion etc. He is a very creative person and his designer footwear is sure to suit the budget of young people. Buzz is that this would be the first of several projects that Anand has planned for Sonam and her sister.

“The idea is for Anand to get into Sonam’s business ventures in whatever way he is comfortable. The designer sneakers are a step in that direction. Anand is getting increasingly active in Sonam’s sphere of activity, whether personal or professional,” says a source close to the family. And yes, marriage is definitely on the cards!