The opening show of Lakme Fashion Week’s winter/ festive season was a magnificent spectacle to behold. 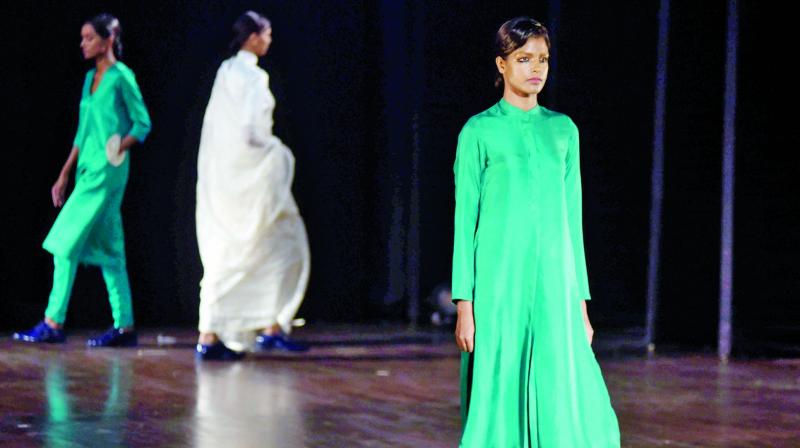 All in all, the show was a true tribute to the roots, with an Indian twist to it. (Photo: Shripad Naik)

The grand opening of the winter/festive season of Lakme Fashion Week looked back to the roots of the brand with a show at the Royal Opera House. The brand’s head of innovation, Purnima Lamba, revealed that it was a French opera show Lakmé, which inspired the brand’s nomenclature. “Opera is in our legacy, with the origins of our name being traced back to a French Opera, called Lakmé. We look forward to a theatrical extravaganza on opening night,” she said. 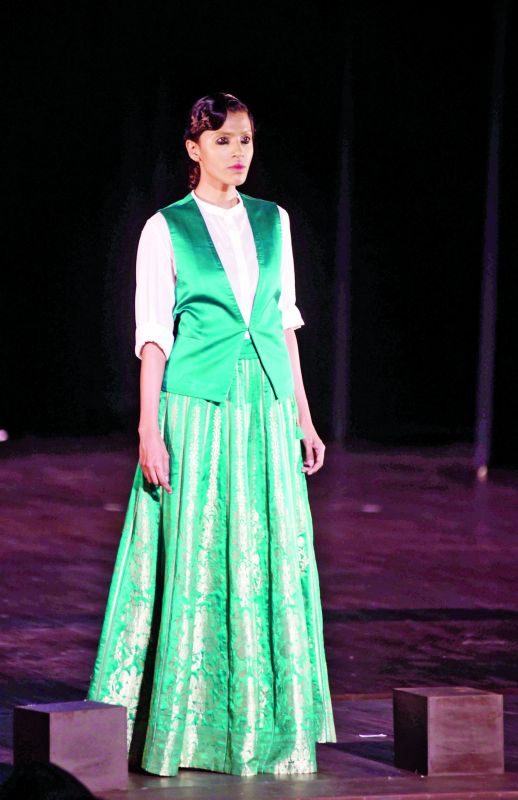 And an extravaganza it was. The show, which showcased eminent designer Sanjay Garg’s Cloud People collection, started with a choir mingling their voices as they stood in formation on the stage, wearing stark black before gliding off.

The show, directed by Lubina Adam, lasted nearly half an hour, with models gliding from the stage all the way up to the balcony of the majestic venue.

The flowy silhouettes created an almost ethereal effect and the tones of the clothes varied from pristine white to aqua, bronze, midnight blue and a surprise splash of vivid reds and maroons, all using traditional Chikankari designs typical of Lucknow handicrafts. 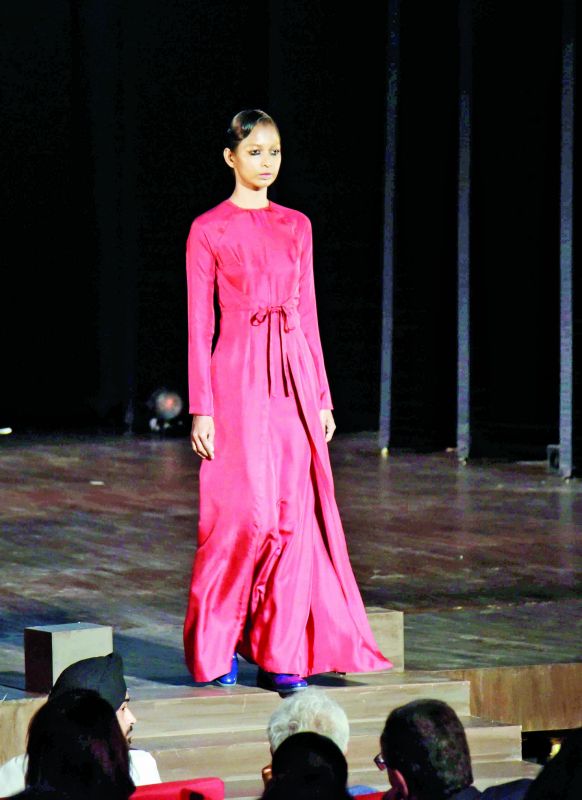 Speaking about the experience, Sanjay said, “This show tonight, and especially at a heritage venue like The Royal Opera House is very special. It truly feels like I have come full circle as Lakmé Fashion Week was where I had my first show. The Lakmé Absolute show this Winter/Festive season has been very special as well – this is my first collection featuring this embroidery of Chikankari.”

All in all, the show was a true tribute to the roots, with an Indian twist to it.