This year marks Priyanka Chopra’s début at the French Riviera. 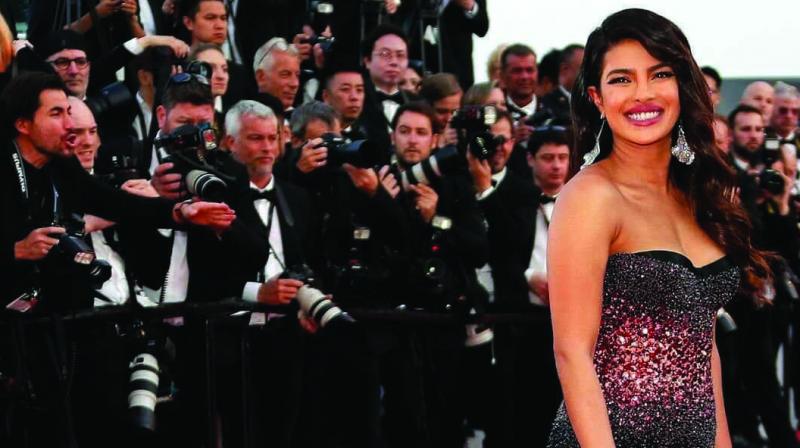 Representing the Swiss Luxury band, Chopard, Priyanka’s look in a shimmery black gown is by far her best red carpet look for this year. While her MET Gala look was all about Dior mesh and sheer gown with a thigh-high slit and feathered hem, her Cannes look was a  shimmering Roberto Cavalli gown with a dash of red sparkle, winged eyeliner and berry lipstick. The actress attended the world premiere of 5B, directed by Oscar-nominated filmmaker Dan Krauss. Prior to her red carpet, Piggy Chops sported a classic pleated jumpsuit and corset from Honayda Serafi couture. 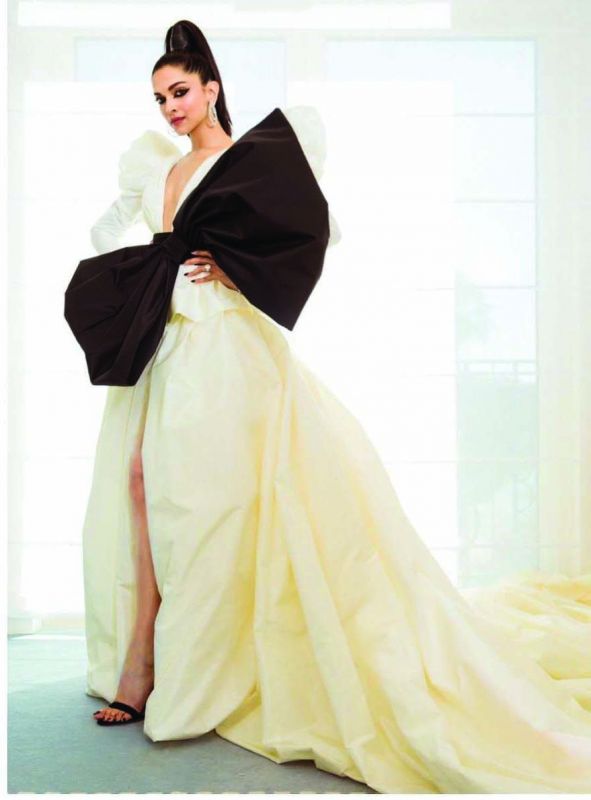 But Kangana Ranaut’s day one at Cannes was a mix of tradition and elegance in her saree ensemble. The actress looked gorgeous in a golden Kanjeevaram saree paired with strapless embellished gold peplum blouse and maroon gloves. Kangana also attended the India Pavilion at Cannes 2019.

At the Pavilion, the actress spoke about the changes she would like to see in the industry and the kind of support government should offer. “In countries like France, England or America, they have different courses in this field, whereas, no proper training exists in India. Also, the technicians on the sets should be valued and proper insurance should be given to them,” she said, adding that she would love to give lectures at such training schools. 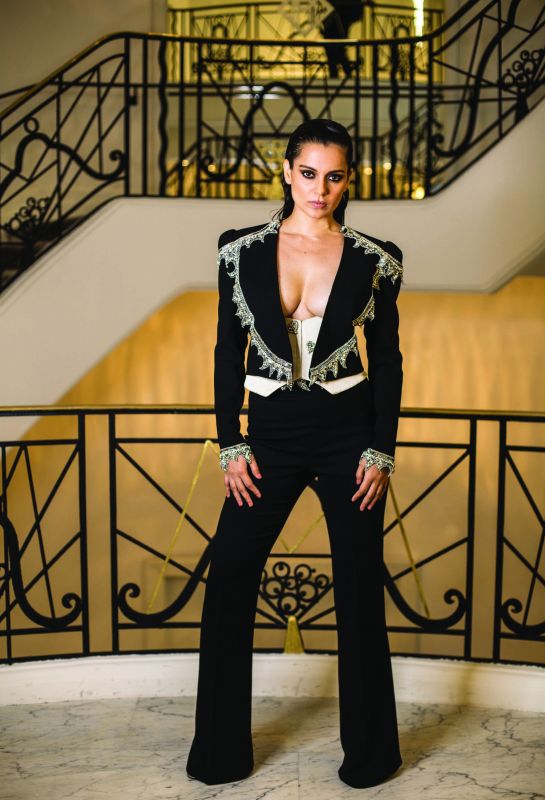 Post interactions, the Queen actress switched to a bold shinning pantsuit. The look for the liquor brand’s party saw the actress in an embellished jacket worn over a corset with matching black pants by Nedret Taciroglu. But the highlight of her look was the plunging neckline.

Also acing the pantsuit look on the second day at the Cannes was Deepika who wore a blue and white striped attire paired classically with orange heels. The actress was also seen in a black and green gown.