Although sporting hijabs have been around for several years, Nike is the first major brand to enter this market. 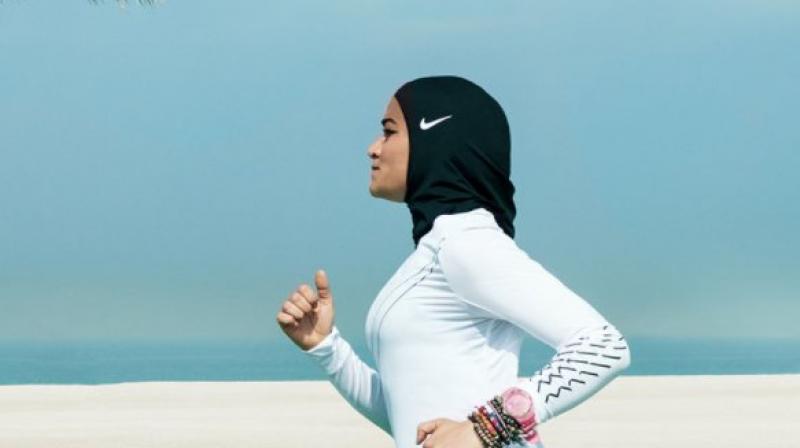 The response on social media was largely positive (Photo: Twitter)

Different views and laws from different parts of the world have made hijab the subject of a worldwide debate in the past few years. But Muslim women from across the globe have shattered stereotypes by achieving excellence in their respective fields including sports while wearing a hijab.

Following prominent fashion events and publications that gave a platform to hijabis, Nike has become the first major brand to launch hijabs for women. With light fabric and tiny holes for breathability, the new product is meant to make sport comfortable for Muslim women.

Thank you @Nike for making "little girl" dreams come true for Muslim athletes when you released the Nike hijab. While the others players crossed home plates wearing their Nike headbands, I did it while wearing my beliefs, my pride, & Nike's check of approval on my head.#justdoit pic.twitter.com/HLYFwo6pgq

Although sporting hijabs have been around for several years with smaller brands introducing them first, Nike is the first major brand to enter this market.

While some hijab wearers didn’t seem too comfortable about the idea of branded hijabs,

Really though, other than athletes, what Muslim woman would wear a hijab with a Nike swoosh on the side?
..Wait, nvm https://t.co/RqJftHOxuN

Most patronising. I've been wearing a scarf and exercising fine for years, just as small businesses have BEEN making scarves for activewear. https://t.co/BFpjn8jdCR

The response on social media was largely positive.

For those complaining about the #nikehijab,You try gyming with a normal hijab and feel the heat of jahanam on your head. I'm happy tbh.