Pure shades derived from organic sources have now caught the fancy of desi designers, who are moving away from toxic colours. 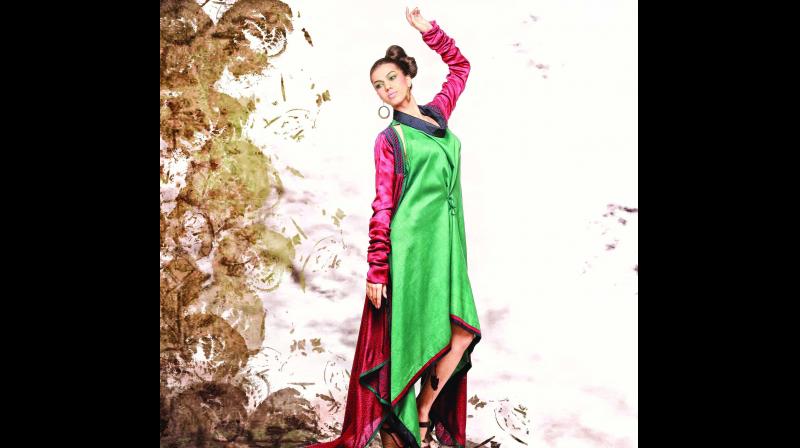 While the year 2019 was all about promoting sustainability, the next year is also predicted to be an extension of the sentiment with natural colours and fabrics gaining steam in the mainstream. Moving on from the toxic chemical colours that cause skin issues and pollute the environment, designers across the globe are now dabbling in natural colours derived from organic sources.

Some of the biggest names in fashion are now opting for natural dyes and working on methods to incorporate the plant-derived shades in mass-scale production. Designer Aniket Satam informs that most natural dyes that are being used by fashion manufacturers are directly derived from natural resources. He says, “One can easily replace artificial colours by using extracts derived from roots, flowers, leaves to create unique shades without any chemical adulteration. Since the process is all-natural and purely dependent on the natural components, it’s difficult to re-create the same palette or patterns. Onion peels, beetroot, turmeric, clay are widely used to create an interesting palette in modern designing. What excites me the most is the up-cycling value and reusing the waste till it’s completely absorbed in the system. In a country like India where flowers are widely used from funerals to weddings, the floral wastage is tremendous. By reusing the floral leftovers as interesting raw materials for natural dye projects, one can easily get into sustainable ways of colouring the fabric.” 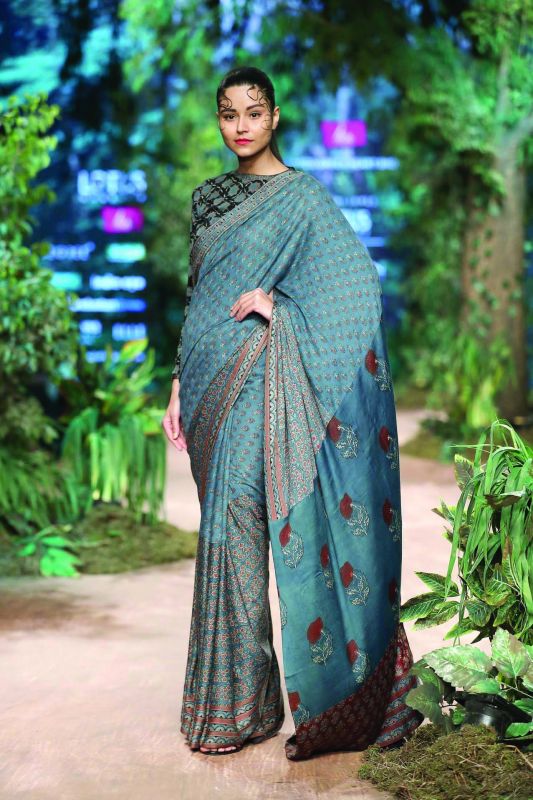 A sari by designer Shalini James

At present, the more commonly used synthetic dyes are clinically obtained coat-tar or are colourants derived from plants. With excessive exposure to sunlight, these dyes look dull and fade out with time making the garment weary and old. Whereas, natural dyes also fades but continues to look beautiful as it ends up in mellow tones of the original colour, opines designer Rebecca Dewan. Explaining the key difference between the types of colours being used in fashion units, she says, “Natural dyes are more compatible and harmonious with one another, whereas chemical-based dyes are easy to obtain and user-friendly. But having said that chemical dyes have certain drawbacks, for instance, they can look hard or garish; some fade very quickly, and others fade unevenly leaving blotches.”

Natural dyes have been prevalent since time immemorial and have been derived from plants, minerals or even through insect and animal sources. Designer Shruti Sancheti believes that garments coloured in naturally obtained hues have a subtle beauty, and aren’t hazardous to the environment like the artificial shades. “The natural sources used to obtain fashion-friendly colours are plants like turmeric, indigo, saffron madder etc or minerals like salt, alum, and vinegar. Blood of certain insects also serves as crimson dyes, though they are not considered ethical in many contexts. Whereas, plant and mineral derivatives are absolutely ethical, subtle and also gentle to the environment and hence are we are seeing a resurgence of these natural dyes.”

Natural dyes are substantially less destructive to the environment than the chemical dyes widely in use. Synthetic dyes used in textile dyeing generally cause environmental pollution and health problems in humans. Dewan adds, “One of the key reasons why natural colors look better than chemical colours because they are not ‘pure’ colour: a natural red, for example, will include blue and yellow, whereas a chemical red will only contain red pigment. The impurities of natural dyes, natural dyes so beautiful and create their harmony with neighboring natural colors. Where one person will see some purple in a hank of grey yarn, another may see some blue in it. Each plant provides an amazing diversity of shades. However, natural dye materials are scarce and expensive, while the synthetic dyes are readily available at low cost, resulting in a less costly rug to produce. The density of weave also adds to the quality and therefore to cost, which is why the trend needs a push on a bigger scale.”