Survivors walk the ramp to generate awareness on human trafficking

Paul said knee-length dresses were stitched for the show keeping in mind the comfort level of her "supermodels". 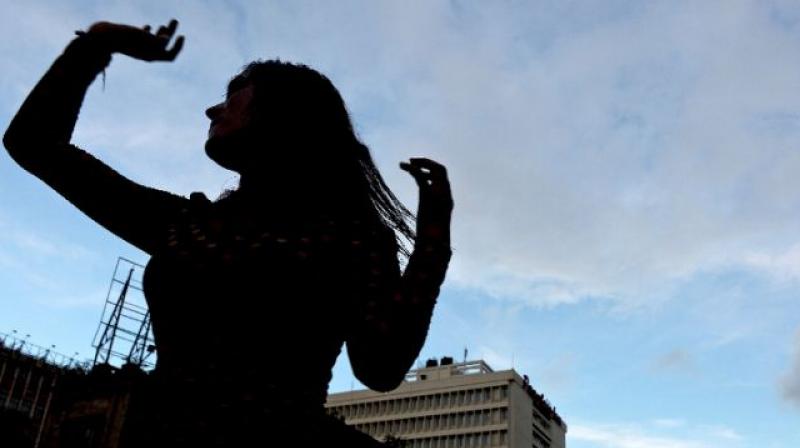 Kolkata: Seven trafficked girls walked the ramp hand-in-hand with members of the film fraternity at a unique show conceptualised by celebrated fashion designer Agnimitra Paul, in partnership with West Bengal Commission for Protection of Child Rights.

As part of the show, the girls, all dressed in vibrant hues, walked side by side filmmaker Srijit Mukherjee,director-singer Anindya Chatterjee, singer Rupam Islam, actor Riddhi Sen and actresses Payel Dutta, June Maliah and Tanushree Chakraborty - drawing cheers from the audience.

"Each of the seven girls who walked down the ramp had their mouths covered by scarves, symbolising the society's attempt to muzzle their voices," Paul, who had groomed the seven showstoppers for days, explained.

The couturier also thanked the state government for supporting her in her endeavour.

"Thanks to West Bengal Commission for Protection of Child Rights for partnering the show and and NGO International Justice Mission for their support. The event wouldn't have been a success without their cooperation," she said.

Actor Riddhi Sen, who recently won a National Award for his performance in 'Nagar Kirtan', said the show wasn't about introducing fashion trends, it was an effort to empower the trafficking survivors.

"Here, walking the ramp was not about fashion. It was about treading on the same path with girls and women who fight for their survival every day, the true champions who have emerged out of hell victorious," he added.

Talking about the outfits she conceived and designed for the girls, Paul said knee-length dresses were stitched for the show keeping in mind the comfort level of her "supermodels".

"I designed knee-length dresses for the girls, each having Baluchari, Banglar Patochitro motifs on them. In contrast, the tinseltown celebrities wore traditional attires," she said.