Miranda Kerr set to be mum for second time 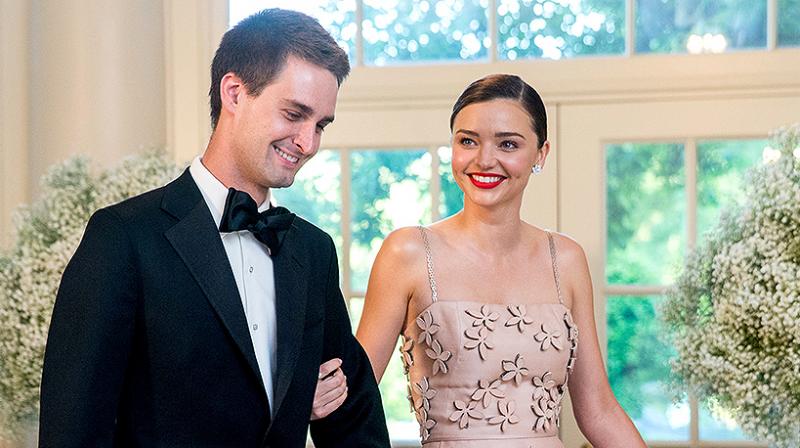 "Miranda, Evan and Flynn are looking forward to welcoming the newest member of their family," a family spokesperson told E! Online on Wednesday.

The 34-year-old is already mom to six-year-old son Flynn, with ex Orlando Bloom.

Kerr tied the knot with Snapchat billionaire Spiegel in May in the backyard of their home in California, after becoming engaged in July, 2016.

Earlier this year, Miranda revealed the couple were waiting until they tied the knot to try for a baby, saying: 'I'm not planning for a child yet. Not until after we get married. My partner is very traditional. We’re just waiting.'

Miranda and Evan stepped out in public together as a couple in June 2015 after first meeting at a Louis Vuitton dinner in New York City in 2014.