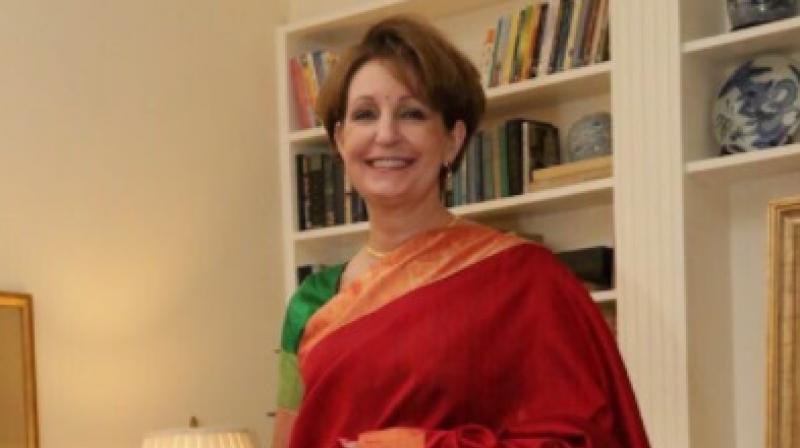 MaryKay to Twitter to reveal that she wore ‘the voters’ choice’ of saree while attending Independence Day celebrations in the capital (Photo: Twitter)

New Delhi: MaryKay Carlson, the Charge d'Affaires of the US Embassy in New Delhi was facing a tough challenge. She was perplexed as to which saree to wear to celebrate India’s 71st Independence Day.

In fact she decided to turn to social media for others to help her decide what to wear.

The Charge d'Affaires at the US Embassy in New Delhi has now taken to Twitter to reveal that she wore ‘the voters’ choice’ of saree while attending Independence Day celebrations in the capital and tweeted a picture of herself in the winning saree.

Over the last one month, Mary had used the hashtag #SareeSearch and had tweeted a series of photos and videos to help in her quest for the perfect six-yards. When she finally narrowed it down to four sarees (Jamdani, Dupion, Kanjeevaram and Tussar) she created a Twitter poll which saw nearly 2,000 Twitter users vote for their preferred saree to help her decide what to wear.

Mary wrapped up her #SareeSearch by tweeting a picture of her wearing the winning saree.