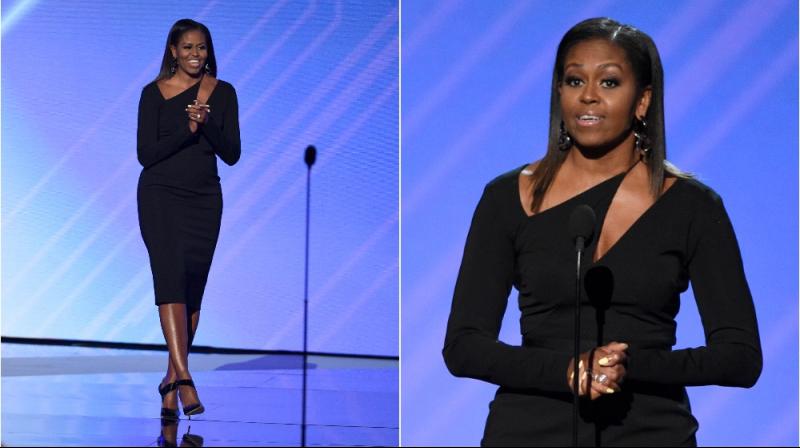 In her first major appearance since leaving White House, former First Lady Michelle Obama looked resplendent in a Cushnie et Ochs along with sporting Jennifer Fisher jewelry at the 25th annual ESPY awards at Los Angeles. She was there to honour the late Eunice Kennedy Shriver with the Arthur Ashe Courage Award.

Known for embracing the fashion industry, particularly American designers, it remains to be seen what her fashion choices will be like post her exit from the White House. Her stylist is still Meredith Koop, a constant since 2009.

Michelle wore shiny black shoes (Bell Hadid in all probability) to match her gorgeous black dress and looked the fashionista she is.