International designers like Ralf and Rousso, Caroline Herera and Vivetta are showcasing this new trend. 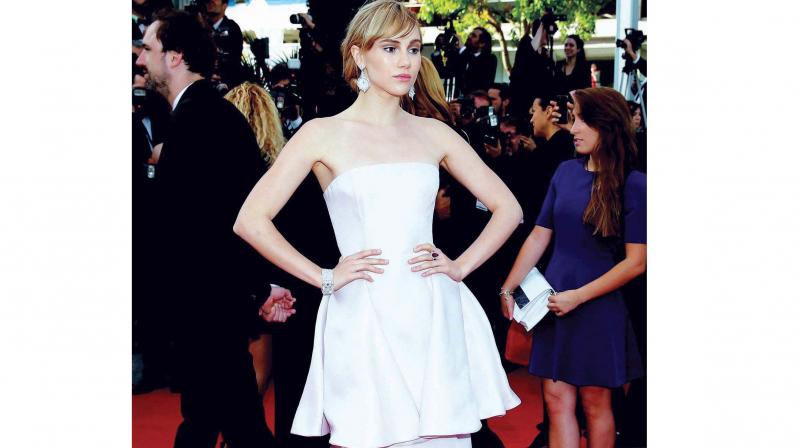 The tiered dress dates back to the Victorian era where clothing represented wealth. The Victorian fashion comprises of many fashion trends that emerged in the British culture. Roughly from the 1830s through the first decade of the 1900s. Their dress styles reflected their lifestyle. Victorian fashion was not intended to be utilitarian.

Clothes were seen as an expression of women’s place in society and were hence, differentiated in terms of social class. Upper class women, who did not need to work, often wore a tightly laced corset over a bodice and paired them with a skirt adorned with heavy embroidery and trims structured in tiers over layers of petticoat. Middle class women exhibited similar dress styles, however, the decorations were not as extravagant. The layering and tiering of these garments made them very heavy. These were attached to corsets which were also stiff and restricted movement. Although the clothes were not comfortable, the type of fabric and the in-numerous layers were worn as a symbol of wealth. In the 1850s, women’s skirts were domed and bell-shaped. They often featured deep flounces or tiers. Tiered cape-jackets were also very fashionable.

The 19th century saw the aesthetic movement which was sort of a counter culture where they viewed corsets, and the rigidity of the day as unattractive and artificial. It was, in essence, a fashion revolution. They saw the prim and proper Victorian society as rigid and the obsession with a false respectability as foolish and thus gave birth to the bohemian/gypsy style which was more casual and comfortable including colourful layers to their tiered dress/skirt.

Armani once stated the Gypsy stereotype “incorporates fringing, lace, layering, decoration, multiple colors and patterns — all great tools for a designer to make an impact with.” Currently tiered dresses have taken over the runways. Designers like Ralph and Russo, Carolina Herrera and Vivetta have showcased this trend playing with different versions and style. While we have already got a glimpse of it through the summer 2018, you will see this trend in full bloom and taking over the fashion scene big time in 2019.

We promise you they are not going to be as dramatic and painful as they were back in the days. But they will continue to make the woman look and feel regal.... there’s just that something about it.

Chanel, Giorgio Armani, Christian Dior, Stella McCartney were seen showcasing these designs for the resort 2019 trends through the fashion weeks.

It’s best to balance the femininity of the tiered skirt giving it a sophisticated upgrade with a sleek tailored blouse. Throw on some sock boots and a pair of chic earrings and you’re ready to conquer the party with your stylish ensemble. The most recent to be talked about in this ensemble was Carol Vorderman, the former Countdown co-host who showcased her enviable curves in a stunning navy tiered dress. Back home, the fashion goddess Malaika Arora has been seen in the recent past wearing and looking stunning in short tiered dress more than a few times.

Celine Bolton, a designer, says, “Looking at a tiered dress all kind of questions start rushing through my mind. Even though it is very feminine and elegant, I keep thinking about women’s body shape and their height. Curvy or pear shape should stay away from this type of dress. Longiligne and tall...well yes perfect. Another aspect is the style, it does not scream modern and it reminds me a bit of Melissa Gilbert in “little house in the prairie”. Anastasiia Galle’ a fashion blogger from Cannes- France says, “I find the tiered dresses very elegant and feminine. I think that girls are beginning to understand that very sexy dresses are no longer fascinating men, and that men want a little bit of mystery in a girl.”

Designer Runa Ray who has just returned from the New York Fashion week says, “Tiered dresses for me are a reminiscent of my childhood days, the bohemian look and gypsy feel that these silhouettes Harbour. There was always something so pretty And carefree about these dresses that a girl always wanted to own one. And as women, are we not still pretty girls at heart?” If this trend excites you,  get yourself a tiered dress that’s a midi length, slightly plunging V neckline in a white, red or any of the gorgeous pastel colour palettes. Make sure the cinched waist sculpts the figure into an hourglass shape, evoking the glamorous silhouettes of the 1950s.

—The writer helms a  fashion brand with international elements, and walks the talk when it comes to runway rousing!