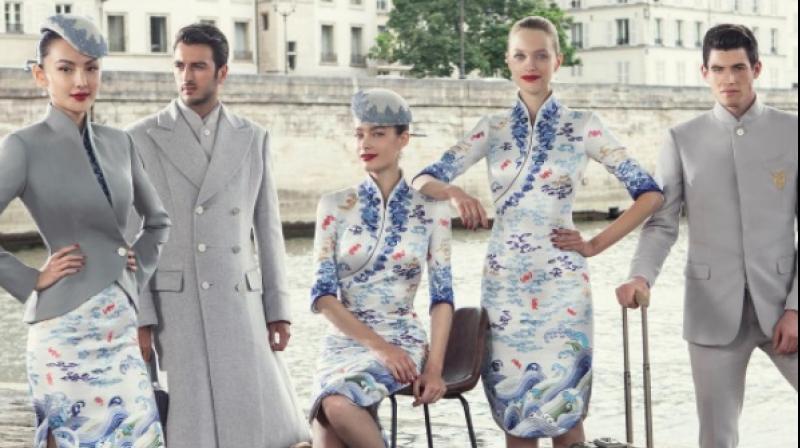 Hainan Airlines in China has juts upped their dress code to dizzying new heights by providing crew members with stylish haute couture uniforms that seem to be taken straight out of fashion magazines.

The airline collaborated with designer Laurence Xu who introduced the new attire at the Paris Couture Week. The line has been inspired by the traditional Chinese dress called Chenogasm and features a blend between the modern Western-style fashion trends and traditional Chinese art elements like cloud drawings, waves etc,

In an interaction with the media, Xu Fei, brand director of Hainan Airlines said that the cooperation between the two also aims at portraying an internationalised image for the airlines. He said that the entire attempt was at making china look modern and trendy.

Men’s version of the uniform is a bit less extravagant and Western-looking, with double-breasted overcoats and smaller elements of the traditional Chinese culture.