Denim: Here's everything you need to know

Supremacy of the Denim comes from its DNA which is like a blank canvas, offering infinite possibilities. 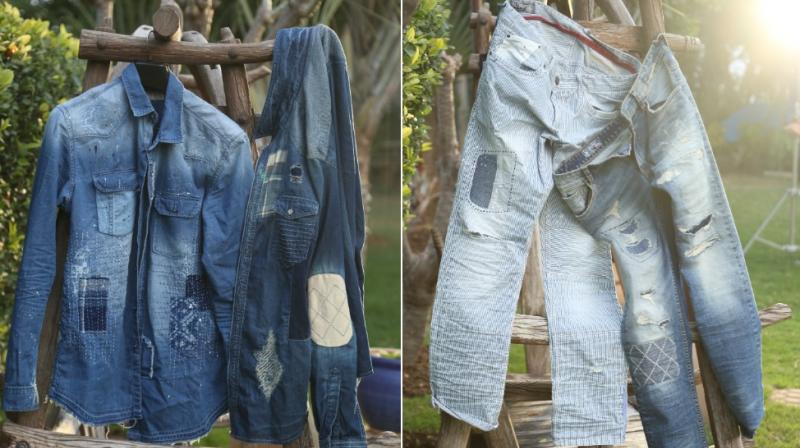 Deepika Padukone started her Cannes 2018 posing for the camera in a jeans and a tee.

While the Cannes Film Festival may look like a high-flung event for films and fashion, the Indian actor looked resplendent in something as basic and casual yet timeless as jeans and a tee.

Originating in India sometime in the 19th century, Denim has a very specific role in the today’s fashion world. Jeans have transcended the labour/mining classes of a mid nineteenth century America and are a more universal commodity now than ever before. They are masculine, feminine and trans-generational. This supremacy of the Denim comes from its DNA which is like a blank canvas, offering infinite possibilities.

The adaptability of the fabric allows designers to be very reactive, rapidly aligning themselves with new consumer desires. Denim is gradually becoming the backbone of the wardrobe. It can adapt to all situations, alternating between cool, chic, comfortable and sexy.

But what makes denims so popular?

Speaking to this correspondent, Samresh Das, Design Manager of Denim, Numero Uno says that there a few factors behind the popularity of sturdy textile.

“Denims are popular for its strength and durability,” says Das, adding, “the beauty of jeans lie in their ability to age gracefully.” He also sites easy maintenance, versatility and value for price as other factors that have contributed to its popularity.

Looking at the lifestyle of people today, Denims are a good mixture of work, fitness and leisure. “It is the perfect in a hustle bustle of a city chaos, you look for that freedom, comfort and adaptability,” says Das.

The Denim has come a long way since it was initially launched. The textile, in the very beginning, gained popularity, when, in 1873, Jacob W. Davis, a tailor from Nevada, manufactured the first pair of rivet-reinforced denim pants for Western labourers, such as teamsters, surveyors, and miners, were not very durable.

Speaking about the trends in Denims that can be seen nowadays Das says that the Skinny and Super skinny denims with a crop leg look is doing extremely good. But the classic regular is timeless, he adds.

Other trends which are helping Denim to metamorphose, as according to Das, include, colored jeans, which become an extension to the indigo wardrobe; Indigos in different mix with Sulphur and over dyed base and Jogg Jeans with cuff.

A man's wardrobe is incomplete without jeans nowadays, however, maintaining them is often a task

Das shares a few tips, people working closely with Denim believe in when it comes to maintaining the textile. He summaries, “Don’t wash denim too often to retain the colour. Always hand wash them and then air dry.” Das goes on to add that Denims should never be bleached or ironed.

He also adds that washing them infrequently, hanging them to dry, and rotating them are ways in which one can increase it’s longevity.

In conclusion, Das says that there is also a day dedicated to Denims when women in the Italian Parliament came to work wearing jeans in solidarity with a victim of rape. Denim day was developed in response to this case and wearing jeans during this

annual event has become a symbol of protest against erroneous and destructive attitudes about sexual assault.