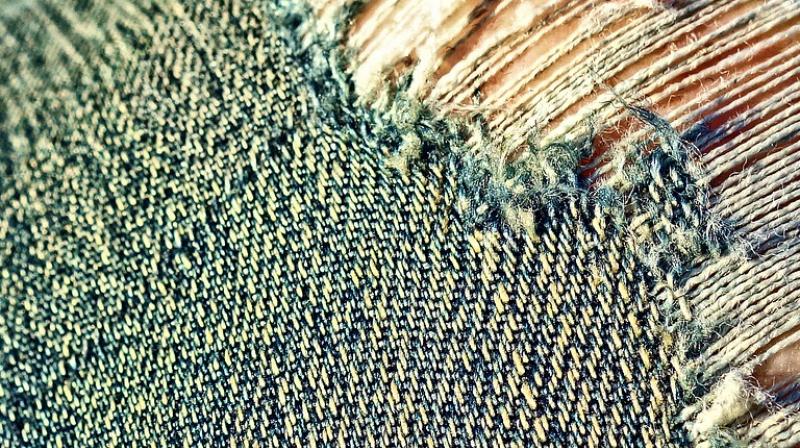 This stretchable, twistable power device could establish a standardised platform for textile-based biobatteries and will be potentially integrated into wearable electronics in the future. (Photo: Pixabay)

New York: Scientists have developed an entirely textile-based, bacteria-powered battery that could pave the way for smart clothes and could be integrated into flexible wearable electronics.

Researchers from Binghamton University in the US created an entirely textile-based biobattery that can produce maximum power similar to that produced by their previous paper-based microbial fuel cells.

This stretchable, twistable power device could establish a standardised platform for textile-based biobatteries and will be potentially integrated into wearable electronics in the future, said Seokheun Choi, assistant professor at Binghamton University.

"There is a clear and pressing need for flexible and stretchable electronics that can be easily integrated with a wide range of surroundings to collect real-time information," said Choi, who led the study published in the journal Advanced Energy Materials.

"Those electronics must perform reliably even while intimately used on substrates with complex and curvilinear shapes, like moving body parts or organs," said Choi.

"We considered a flexible, stretchable, miniaturised biobattery as a truly useful energy technology because of their sustainable, renewable and eco-friendly capabilities," he said.

Compared to traditional batteries and other enzymatic fuel cells, microbial fuel cells can be the most suitable power source for wearable electronics because the whole microbial cells as a biocatalyst provide stable enzymatic reactions and a long lifetime, said Choi.

Sweat generated from the human body can be a potential fuel to support bacterial viability, providing the long-term operation of the microbial fuel cells.

"If we consider that humans possess more bacterial cells than human cells in their bodies, the direct use of bacterial cells as a power resource interdependently with the human body is conceivable for wearable electronics," said Choi.