Behind the glamour and glitz 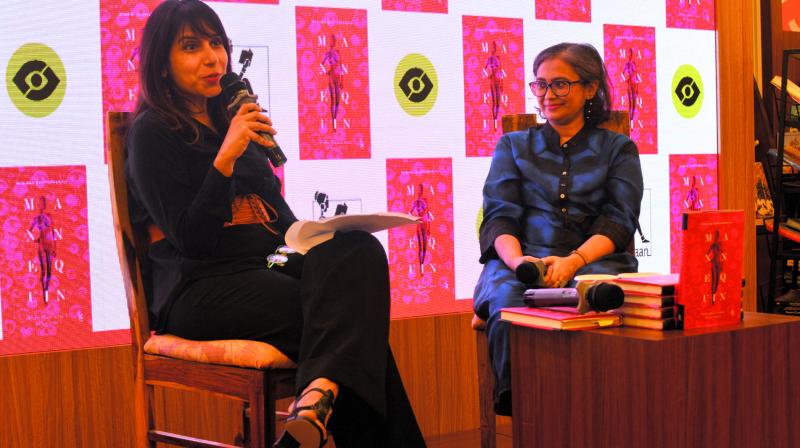 When two people proficient in the subject of fashion meet up, the discussion that ensues is as illuminating as spotlights that dot a runway. Fusing Fashion and Feminism, an event organised by Point of View had author Manjima Bhattacharjya discuss her recently launched book, Mannequin: Working Women in India’s Glamour Industry, with fashion and beauty expert Geeta Rao.

While the discussion did throw up some fascinating insights about the glamour industry, especially those centred on the lives of models, what was equally interesting was the fact that the book is based on Manjima’s Ph.D. thesis, which analyses the growing popularity of modelling as a career. “After globalisation, many young women from small towns started joining the modelling industry. I was curious to know what makes these girls participate in an industry that objectifies women,” says Manjima.

It is this feminist instinct that inspired the title of the book as well. “While doing my research, words like mannequin, clothes hanger and even puppet were used often by models to describe the job they were doing. While I kept the title Mannequin to stay true to these conversations, the end chapter is titled Not Just A Mannequin, and I hope the reader comes to the same conclusion that I arrived at,” shares the author.

With Geeta Rao, who is a veteran in the field of fashion and beauty asking questions, it was expected that some difficult ones would be explored. “Patriarchy exists in all professions, so why is fashion singled out? Why are fashion and feminism always pitted against each other,” asked Geeta. The ensuing conversation threw light on the historical basis of the division, like the 1969 protests against beauty pageants, the second wave of feminism as well as protests that rocked the country in 1996, when the Miss World beauty pageant first came to India - all of which has been referenced in the book. The conversation also veered towards the ‘Madhur Bhandarkar-type stereotypes’ that plague the industry as well as real concerns such as depression, eating disorders and suicide.

The book also explores how class and language barriers impede upward mobility within the industry and how often, models are reduced to being puppets that fulfill the designer’s vision. Since the book contains a good amount of first-person accunts, readers are treated to candid confessions that move and enlighten. 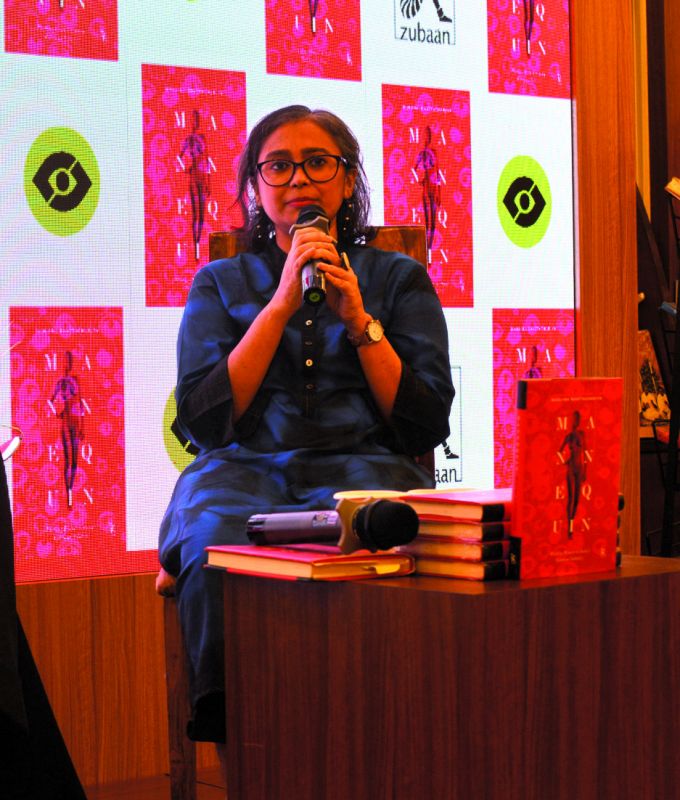 Then came the question that rocked the room: “When men use fairness creams or lose weight, nobody blinks an eye; but when a model loses weight to fit into a sample size, she faces censure. Are we as feminists guilty of guilt-tripping women,” asked Geeta. Manjima responded by saying that one should question this very ‘need’— whether it is to lose weight or look a certain way— which is often dictated by stereotypes. She also acknowledged that both young men and women are equally susceptible to these stereotypes. Further discussions explored how social media is empowering models to share their stories as well as the growing influence of Bollywood stars in the fashion industry. “Earlier, only one or two designers had show-stoppers; then Vogue started the trend of having stars on the magazine’s cover. Today, however, there is a bit of a role reversal as Bollywood feeds off the industry too. It is used as a launching pad for star kids, movie promotions, etc,” points out Geeta.

While the fashion industry has undergone changes since Manjima’s research, the author believes that there is room for more. “Models should be able to share their stories at the workplace, there should be room to disagree and negotiate with designers. There also needs to be a strong redressal mechanism in place,” she says. Geeta underscores the continued relevance of the book in a dynamic industry as she says that it provides ‘a landscape you need to keep visiting’ so that questions never cease to be asked.