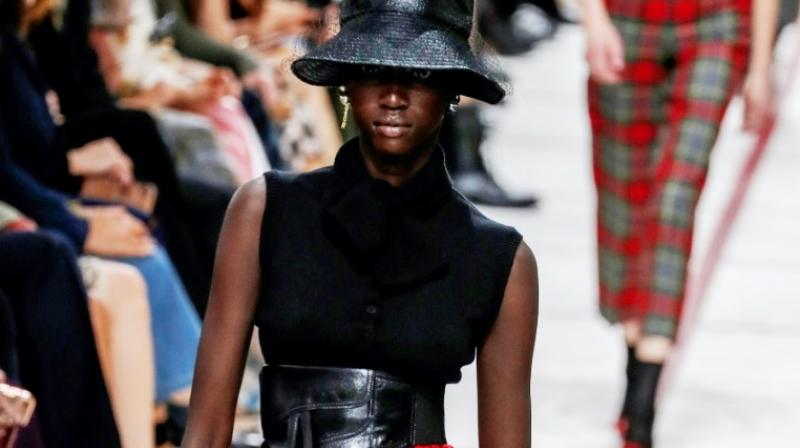 Paris: Paris fashion found its silhouette again. After several seasons of baggy, ballooned apparel in exaggerated sizes, designers are back cutting to the body. Sharply tailored looks followed and flattered the contours of the body on the catwalk, from the reborn glamour of Glenn Martens' Y/Project to Atlein.

The relentless sexiness of Saint Laurent, which premiered its "nappy" hot pants, shorter than micro minis but with no danger of them rucking up to reveal more than they should. Dior and Olivier Theyskens nipped waists, the former inspired by 1950s Teddy Girls, while Lanvin's promising newbie creator Bruno Sialelli ghosted a couple of corset lines into his clothes.

Even Rick Owens refound his love of sharp body-hugging lines. With belts de rigueur, designers rediscovered the joys of a waist after years of draping and enormous coats. 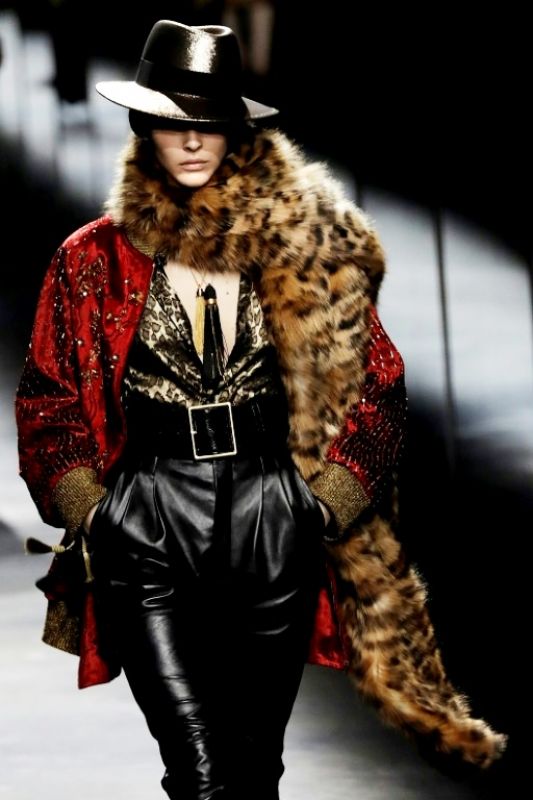 Saint Laurent topped many of its looks with shiny silky fedoras. (Photo: AFP)

If you are going to add anything to your wardrobe for next winter, make sure its tartan. Or at least some kind of plaid. Tartan, Prince of Wales check and houndstooth blanketed the Paris catwalk from the bold, blocky lumberjack tartans at retro Dior to the acid plaid of young guns Ottolinger and Marine Serre to India's Rahul Mishra.

Chloe mixed understated grey and brown check suits, trousers and skirts with nifty mid-calf red tartan boots, while Virgil Abloh sent out his supermodels onto a chequerboard set with Gigi Hadid dressed as a chequered "super-shero" (she hero).

Loewe invented its own tartan while Andreas Kronthaler, who now designs for his wife Vivienne Westwood, the woman who brought red tartan back into fashion with punk, packed his ultra glamorous show with houndstooth.

Slimane sent out gaucho riding hats at Celine while Anthony Vaccarello opted for silky fedoras at Saint Laurent. Both looked cooler than cool. Dior put a retro bucket hat on every one of its models and Nina Ricci turned up the 1950s vibe a further notch with huge cloche hats big enough to store your sandwiches in. 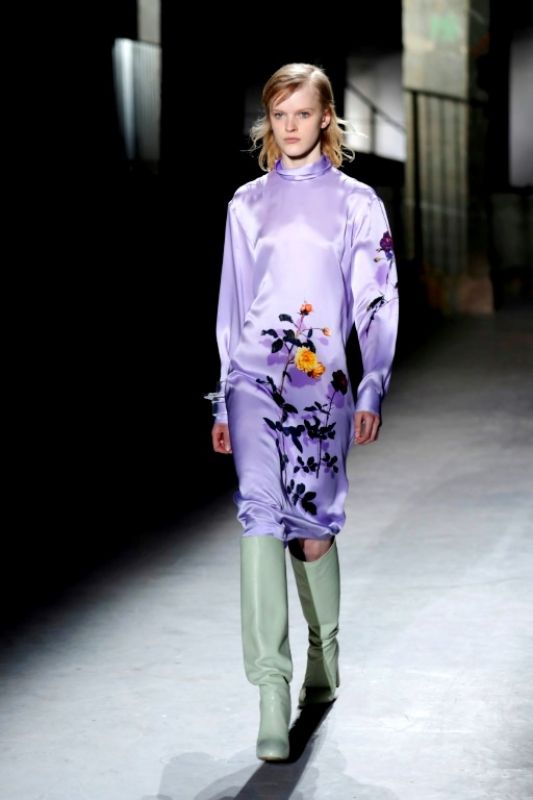 Belgian designer Dries Van Noten used photos of flowers in his own garden for his spectacular prints. (Photo: AFP)

Paris catwalks did not go all floral with the first shoots of northern hemisphere spring, but flowers made big statements in several collections. The Flemish master Dries Van Noten said it with roses with gorgeous acidulated prints of blossoms from his very own garden, while Japan's Junya Watanabe spliced together an array of floral and paisley patterns for his more street collection.

Fellow Antwerper Christian Wijnants was so on trend as he showcased both flower print and tartan suits in a collection of such vividness that it could brighten the dullest Belgian winter day. Leonard packed a whole garden centre into its iris and fuchsia-heavy designs while French brand Kenzo upped the vegetal ante with huge tomato and red pepper prints.