Oversized bags the next big thing! 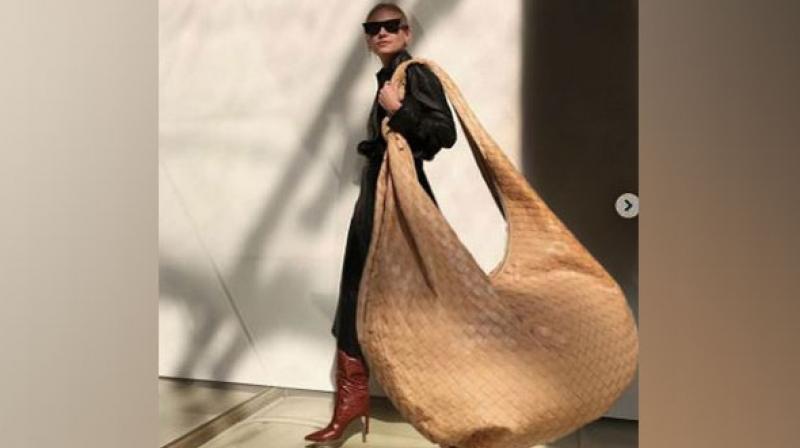 The carry-your-whole- life-with-you- totes is a departure from the mini and micro bags that have been in vogue over the past few months. (Photo: ANI)

California: Move aside tiny purses, oversized bags are the next big thing in the coming few months, according to influencers on Instagram who have been serenading literally elephantine sized totes.

The carry-your-whole- life-with-you- totes is a departure from the mini and micro bags that have been in vogue over the past few months, reported style website Zoe Report.

So much so that these giant bags have an entire Instagram account @BigBagClub dedicated to their superlative cult status.

The feed of the page features bags of influencers photoshopped to exaggerated proportions just to showcase the trend in all its comic glory.

Virginia Rolle, the graphic designer behind page says she came across a photo of an influencer carrying a huge Gucci bag -- on Instagram and that's when "the big bags took over."

What began as what she thought a fashion meme soon became a dedicated page with Rolle photo editing bags to enlarge the already big bags. That is until fashion show collections, including those of giants like Bottega Veneta, actually rolled out impressive super-sized options.

The recent surge in prodigious purses with its refreshing practicality and unrestrained space are appealing to Rolle and others who have always felt the need for bigger bags to hold multiple objects such as computer, agenda, wallet, umbrella, beauty case etc.

Influencer Chloe Harrouche of Loulou de Saison who wears the Khaite Large Circle Tote and Bottega Veneta was also quoted as saying "XXL bags are the new trend because they're the answer to the reality of life!"