For one New Yorker, fashion is identity-driven and liberating. 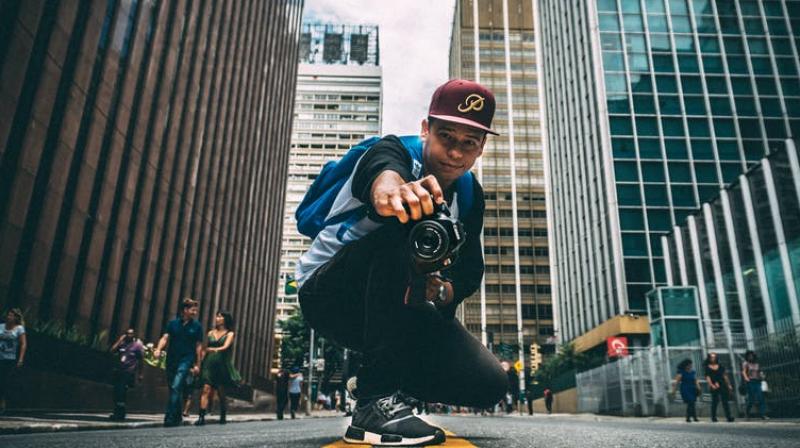 NEW YORK: New York City is one of the fashion capitals of the world and when it kicks off Fashion Week on September 6 stylists, buyers, fashion enthusiasts and celebrities will be keen to see what has been declared “in style” for the spring and summer seasons.

Off the runway, however, a different story about what is fashionable will be told on the streets of Manhattan, Brooklyn, Queens and the Bronx where vintage pieces, unique footwear and comfort are highly favoured by people living in the city’s boroughs.

In Brooklyn, fashion is identity-driven and liberating, says actor Seth Hatch, who works at a Williamsburg thrift shop.

“Most recently I’ve been embracing a softer, more feminine side to my fashion,” said Hatch while sorting a rack of women’s dresses.

Abby Felix, a 23-year-old who works in fashion public relations, shops at retail stores such as ASOS.com and American Apparel as well as thrift shops to create a 90’s-inspired “eclectic” look. She says one reason for taking an off-beat approach to fashion is that mainstream designers are “starting to all look the same.”

“We have to find a new way to create again,” Felix said. “There’s not a lot of originality.”

In Queens, Priti Shercsan, a 31-year-old illustrator from Nepal who follows Nepalese-American fashion designer Prabal Gurung, says she does not pay attention to fashion trends.

“It becomes a lot of waste,” Shercsan said. “You get to a point where it doesn’t matter and it’s more about being comfortable and having your own sense of personal style.”

To the untrained eye, Nia Indigo might look as if she left home wearing a night gown and sneakers, but her appearance is quite intentional.

The 23-year-old stylist’s affinity for mixing trendy high-end designer clothing with thrift shop finds led her onto a bustling Brooklyn street in a vibrant pink silk dress and Louis Vuitton Archlight sneakers that retail for more than $1,000.

“I love galleries ... and I get inspiration from installations mostly,” Indigo explains while waiting with friends for a table at a popular brunch spot. “I like to look like walking art.”

“Best way to describe my style: If Lou Reed ever had a daughter, it’d be me,” said McClanahan, a merchandising manager.

At Zero Waste Daniel, a unisex clothing store in Williamsburg that is the brainchild of Daniel Silverstein, clothes are eco-friendly and made from 100 percent scrap material. Silverstein says he aims to reduce textile pollution and raise awareness about the fast rate of consumption and waste of clothing that is driven by fashion trends.

“I try to make stuff that is wearable and comfortable, that you can wear around and really move in, that you can style in different ways and is versatile for your life without contributing to that issue,” Silverstein says while stitching T-shirts on a sewing machine.

In the Bronx, Diondre Cruz, 17, says he sets his style apart from “dressing regular” by tapping into the creativity of Japanese anime characters and rappers like Trippie Redd and A$AP Rocky.

“I’m not really big on New York Fashion Week. I kind of just do my own thing. I wear whatever I like,” Cruz said.

Along the Fordham Road shopping strip in the Bronx, Robert Norman, 37, wears an all-white, gothic and western inspired outfit while selling sunglasses on the street. He says a good look starts “from the ground up.”

“Your shoe game ... that’s the foundation,” says Norman while giving a nod to his Versace-inspired white boots with gold charms. “If your shoes are all scuffed up it kills the whole thing. It does the heavy lifting.”

Although Fordham Road is not a runway, it is one of the streets New Yorkers strut in all their self-styled glory.